NEW ‘UNCLE CHANDLER’ SHEPHERD PITCHING WELL FOR PAWTUCKET, HOPING FOR THE CALL TO THE BIGS 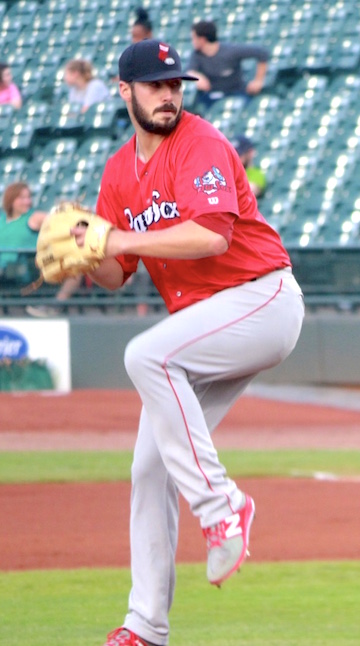 LOUISVILLE, KY — After becoming an uncle for the first time early last week Louisa native and Pawtucket starting pitcher Chandler Shepherd went out and threw six innings and only allowed two runs, while striking out nine. He got a no decision as the Red Sox blew a 5-2 lead in the eight inning and fell 6-5 to the Louisville Bats on Wednesday night at Slugger field.

Shepherd pitched well in his six innings of work as he threw 97 pitches with 73 of those being strikes, his nine strikeouts were a professional career high, he gave up 7 hits, only walked 1 and lowered his ERA to season best 3.86 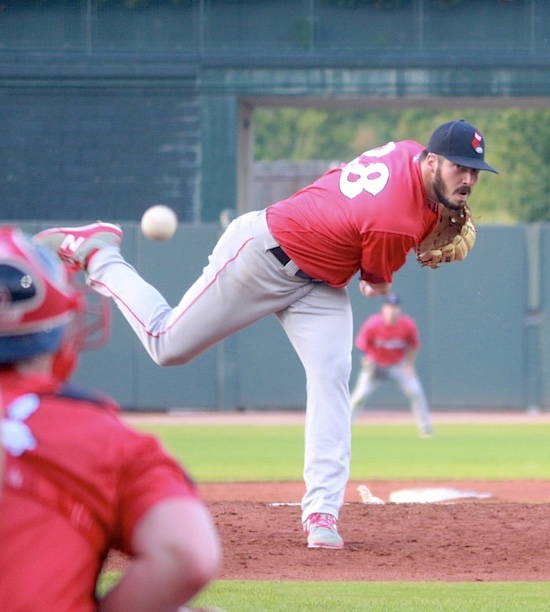 Shepherd is 6-7 on the year but is 2-0 in his last five starts on the mound. In his last five outings he has thrown 26 innings, allowed 10 earned runs, and 18 strikeouts.

Shepherd will return to the mound at Home tonight vs Norfolk.

“… It seems to always work out one way or the other where we are close enough for the family to come see me or vice versa and this time I got to surprise them and come in to Louisa for the birth of Beau Micheal. Only a few people knew that I was going to get to come in because I had told them I couldn’t make it because I was pitching, my dad had an idea and grandma knew because she was cooking Monday night and I sneak in… got to spend the evening with everyone and then go down early Tuesday morning to the hospital. It was exciting for all of us for sure.”

“… Been throwing pretty good but there is always things I need to work on to get better throughout the season. Wins and losses may not be the most important thing but I have picked up two in row and it shows that the team is playing well if you pick up the win. I just try to keep us in the game and keep pounding the zone with strikes but at the same time you can’t let the hitters at this level get too comfortable in the batters box.”

“… I will have 13-14 family members and friends in the stands tonight and I just try to pitch just like it is another game but in the back of my mind I know they are here and it is an exciting time when they get to watch me pitch. I try not to think about them getting to see me pitch, but that I get to see them. It is such a long year and I’m so far away from home this is always a fun trip for me. I can’t say enough about how excited I am to see everyone.”