PAINTSVILLE POLICE: MOM HAD CHILD IN HOTEL ROOM WITH METH 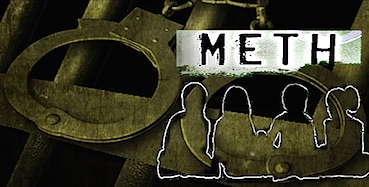 A Paintsville woman was arrested last week after Paintsville Police Department officers served a warrant at the Budget Inn in Paintsville and discovered more than seven grams of methamphetamine and scales, according to court documents. 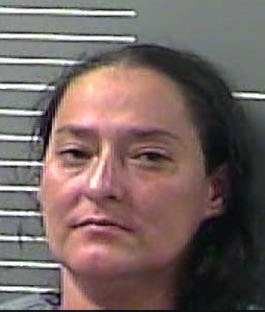 According to the citation, while officers Jeremy Shepherd and Jonathan Holbrook and Zach Mitchell were serving the warrant, they came in contact with Donna Owens, 42, of Paintsville, and discovered what appeared to be methamphetamine on top of a dresser in the room, alongside a set of scales and approximately $510 in cash.

Further search revealed another bag of possible methamphetamine inside of Owens’ purse, the citation said. Shepherd also noted, in the citation, that Owens’ four-year-old daughter was present in the room and was “being exposed to methamphetamine and a dangerous situation.”

After being taken into custody, the citation said, Owens became “extremely hostile,” and began swearing. Mitchell and Shepherd tried to restrain her with handcuffs, the citation said, adding that, at that point, Owens became “more volatile” at this point and Shepherd observed she was “about to strike” Mitchell as she pulled away from the handcuffs.

Shepherd deployed his pepper spray, gaining compliance and arrested Owens, according to the citation. Owens was lodged in the Big Sandy Regional Detention Center on charges of first-degree and first-offense trafficking in a controlled substance (greater than or equal to two grams of methamphetamine), endangering the welfare of a minor, first-degree wanton endangerment (child), possession of drug paraphernalia, resisting arrest, menacing and second-degree disorderly conduct.

By Waylon Whitson
The Paintsville Herald