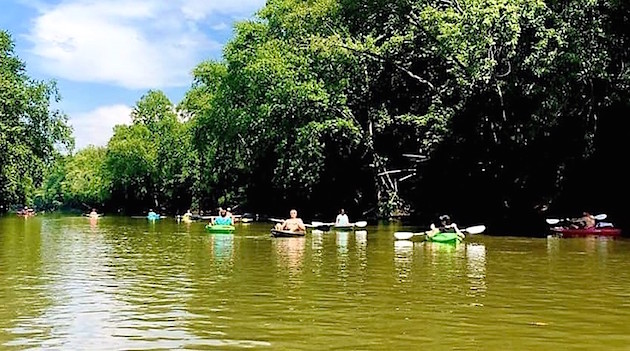 When Ken Akers and Todd Kitts of Rebel River Outfitters first decided to host a Lazy Levisa River Float a couple of months ago, they advertised that they needed 20-25 people to sign up for the event before they could have it.

Their expectations were exceeded when they had 120 people pre-register for the event! Akers and Kitts had to work on 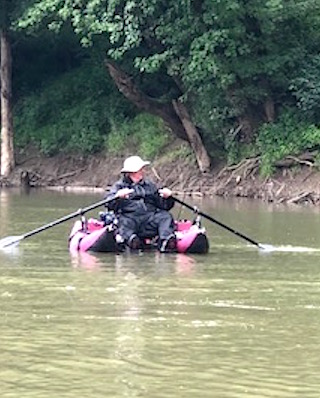 increasing their inventory of kayaks, tubes and all things that float as well as finding shuttle drivers to get the float participants to the Chapman area.

The first group of kayakers/floaters left Louisa around 11:20 am Sunday morning with smiles on their faces and the shuttles continued until after 1 pm. Many people chose to drive out to the Chapman area themselves and join with the group on-site. The float was approximately 9 miles from the entry point to the Louisa Ramp. The participants passed some historic sites including the old Chapman Locks, the old train tunnel near the Locks (can only be seen from the river), Walbridge, the old Louisa Water Plant and of course, the famous Louisa/Fort Gay Bridge. 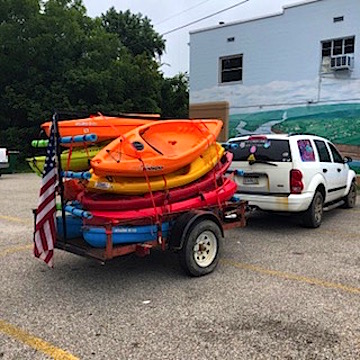 For those with paddles, the trip took approximately 4 1/2 hours. Those on floats found that the trip was just a little longer! All in all, everyone returned with smiles on their faces which is the sign of a successful outing!!

Akers said that approximately 100 people signed in to participate and they traveled from 4 different states including West Virginia, Virginia, Kentucky and Ohio. “The success of this float shows that people will travel to our area to participate in fun events such as the Lazy Levisa Float” said Cathi Wells with Lawrence County Tourism. Ms. Wells also stated that “It’s exciting to see people travel to our community to have fun. Many came and camped the night before. They purchased gas and snacks here, they are eating in our restaurants and they are supporting our businesses! Tourism is happy to support businesses such as Rebel River Outfitters because when they are successful, all our other businesses benefit from that!” 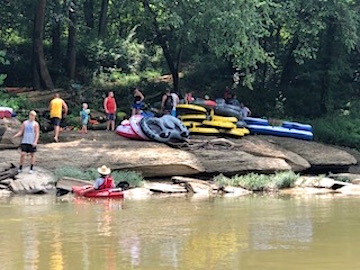 Rebel River Outfitters have 2 upcoming weekend events planned. Neon Moon Paddles are scheduled for Aug 31/Sept 1 and Sept7/8 at the Yatesville Marina. Events will start at 8 pm and each kayak will be given 2 glow ticks and will take a 2 hr guided tour around the lake. An ice cream social will be held at McDonalds after the tour. Cost will be $25 if RRO provides the kayak and $15 if you provide your own kayak. $5 of each registration will be donated to LC Tourism/Trail Town to help build more kayak/canoe accesses in the community. 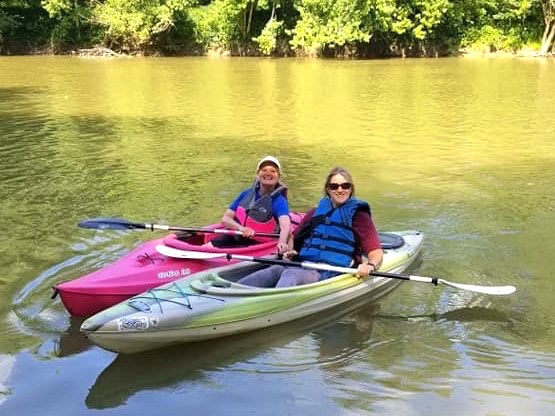