LOUISA, KY — For the first time in school history Lawrence Co. will field a Boys soccer team and the Dawgs will open up the season tonight at Home vs Paintsville under Head Coach Scott Johnson game time will be 8:00. 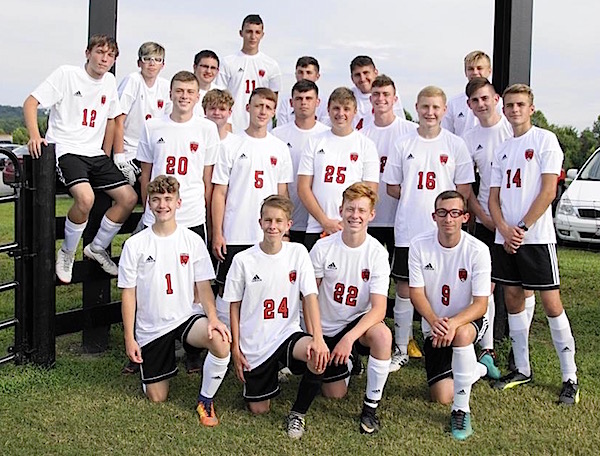 The Soccer Dawgs will have 20 players on the roster to begin the season with a good mixture of young players and upperclassmen.

The Bulldogs will have four seniors in Keith Caudill, Colby Moore, Nathaniel Williams and Noah Rose.

The Freshman class is very talented and has been playing together for three years and will be led by Luke Johnson, Trenton Adkins and Logan Southers along with Ethan Bartley, William Copley, Will Dillow, SJ Lycans, Brian Nelson and Joey Moore.

The Soccer Dawgs will compete in the 58th District along with Shelby Valley and Belfry after both Pike Co. Central and Pikeville won’t field teams this upcoming season.

The 15th Region consist of those three teams in the 58th plus the four teams in the 57th District Johnson Central, Paintsville, Sheldon Clark and Prestonsburg.

“… We have a lot of players that have committed themselves to soccer that haven’t played in a few years. Those boys haven’t lost a step. They are playing at a level that has been competitive with teams in the region.”

“… No Junior Varsity, We will have 20 players on the roster. That works out great for a soccer team. It allows us time to work some of the younger boys into the mix for playing time.”