PIKEVILLE BANKER WAS A RESPECTED CHURCH DEACON, NOW HE FACES 18 MONTHS IN PRISON

PIKEVILLE  — The dozens of letters sent to U.S. District Judge Karen Caldwell paint an image of one of Pikeville’s most respected sons.

The letters gush over Brent Lee’s leadership role at First Baptist Church of Pikeville, his professionalism as a banker, and his reputation as a loving father and husband. 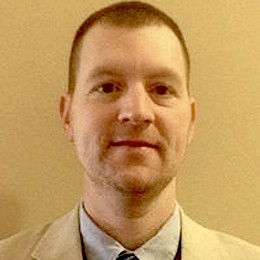 But on Wednesday, Lee was sentenced to 18 months in prison for conspiracy to commit bank fraud. His sentence also includes paying $248,000 in restitution to the bank he defrauded, and serving a supervised release for five years after his prison sentence.

Lee was convicted in February in federal court of nine charges, including conspiracy and aiding bank fraud, for crimes committed in 2014 and 2015. At that time, Lee used his senior position at Branch Banking & Trust to make fraudulent loans that cost BB&T nearly $250,000.

Friends of Lee said the charges shocked the community. As his sentencing date approached, dozens of people sent letters asking Caldwell for leniency.

“His stature in the community, in my opinion, was as strong as anyone’s,” said Mike Francisco, president of the engineering firm Pike Technical Services, Inc., and a friend of Lee’s. “If the judge has any leniency within her powers, I think everyone would like to see her use that.”

The guideline sentencing range for Lee’s crimes was 30 to 37 months, according to court records.

Lee, a market president for BB&T at the time of the crimes, was charged in the case with Paul Fannin, a residential developer from Floyd County, and Chelsea Stone, Fannin’s 25-year-old daughter.

Fannin was sentenced to one day of time served. Stone was granted a pretrial diversion, which allows her to avoid prison time.

According to a news release from U.S. Attorney Robert M. Duncan Jr., Fannin had an outstanding $950,000 loan with BB&T to develop a townhouse project called Stone Crest Properties.

BB&T officials became concerned with the progress of the loan and the project, and downgraded Fannin so that he could not borrow more money from the bank.

Lee then suggested to Fannin that they use Stone to get a new loan from the bank. Eventually, Lee conspired to create multiple fraudulent loans in Stone’s name totaling nearly $250,000. Nearly all of that money ended up in Fannin’s pocket, according to court records.

Fannin spent at least $120,000 of that money at casinos, according to the news release.

Lee grew up in Pike County, graduated from Morehead State University, and, after a couple years working outside Kentucky, moved back to Pike County with his wife, according to the letters.

After his return to Pikeville, Lee held many leadership positions in the community. He was the president of the Rotary Club, a deacon and Sunday school teacher at First Baptist Church, and president of the local American Red Cross chapter, among other things, according to the letters.

He regularly donated blood to the Kentucky Blood Center and coached girls softball and basketball.

Letters from Lee’s family suggest he was simply trying to help Fannin with his business, and never knew his actions were illegal.

“I know that he never received any money from Fannin,” Lee’s wife, Kristi Lee, wrote in a letter to the judge. “I think this was proven in court. I know our finances and I’ve seen his earnings. But most importantly, I know him and I know that he would never do that.”

Other letters from family and community members relayed the same message, saying that good people sometimes do bad things, and that Lee was likely unaware of the severity of his actions.

A motion filed in May by prosecutors requesting more severe sentencing guidelines for Lee paints a different picture.

The motion sought a tougher sentence for Lee because he played a leadership role in the scheme, saying that Lee “was the insider, who initiated the scheme and performed the necessary acts to carry it out.”

Caldwell did not apply the leadership role standard, which would have added time to Lee’s sentence, during the hearing Wednesday.

David Hefner, who has known Lee for 14 years through First Baptist, said he has prayed and spoken with Lee since the conviction.

“He’s never denied or tried to pass the buck,” Hefner said. “The thing that breaks my heart for him is that anytime I tried to reach out, he immediately refers to his family.”

Lee is the father of three daughters, who also wrote letters on his behalf.

One letter, from William J. Baird III of the law firm Baird & Baird, P.S.C., said that despite the conviction “(Lee) is still held in high esteem among those who know him best” for his service to the community and his role at First Baptist.

Another, from J.R. Blackburn II, the manager and senior wealth adviser at the local Merrill Lynch branch, told the judge that Lee has already “lost it all,” including his career and business status, and asked the judge to “show mercy on Brent and his family.”

During the sentencing hearing Wednesday, Caldwell said the court has received “too many letters to name” on Lee’s behalf.

“You are well loved and regarded by many in your community,” Caldwell said to Lee during the hearing.

Lee must report to the Bureau of Prisons on Oct. 1 to begin his sentence.