EVEN IF YOU COULD PRINT A 3D GUN, IT WOULDN’T BE EASY IN KENTUCKY. HERE’S WHY… 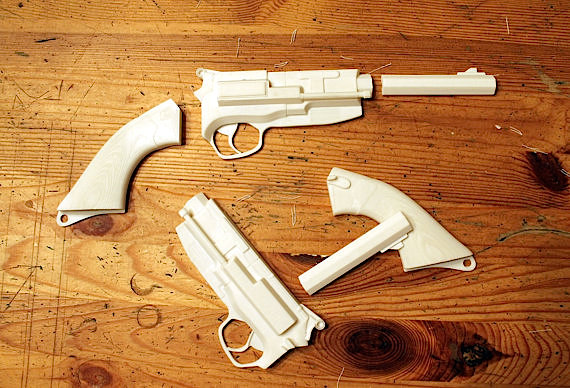 But even if Texas high-tech gun champion Cody Wilson could post his schematics online Wednesday, Kentuckians would have a hard time finding a 3D printer on which to make the weapons.

Industrial 3D printers cost between $20,000 and $100,000, and schools and business that own them in Kentucky say they won’t allow anyone to use theirs to make weapons.

The University of Kentucky, which has six of the machines in its College of Design, allows only use for school projects approved by faculty and overseen by staff, said Dean Mitzi Vernon.

And while GE Appliances and the University of Louisville offer entrepreneurs and the public the use of 3D printers and other high-tech tools at their jointly run FirstBuild “microfactory,” company spokesman Wendy Treinen said GE policy forbids the manufacture of any kind of firearms in its facilities. She also said that would run counter to the purpose of GE Appliances — “to bring happiness and well-being into the home.”

UPS offers 3D printers at 100 stores nationwide, including the one at 743 E. Broadway, but a manager there said the company doesn’t allow weapon manufacturing.

On Monday, U.S. District Judge Robert Lasnik issued his restraining order in connection with a lawsuit brought by attorneys general in nine states and the District of Columbia calling on the Trump administration to stop Wilson’s DEFCAD.com site from posting plans for 3D printed receivers — the frame where other parts are attached — for AR-15 semiautomatic rifles and other weapons.

Even gun-friendly President Donald Trump tweeted Tuesday that that he’s “looking into” the matter and that the idea “doesn’t seem to make much sense.”

His own State Department, however, settled a lawsuit filed by Wilson and his nonprofit, Defense Distributed, that allows the blueprints to be posted.

The battle began in 2012 when Wilson made what is believed to be the world’s first full 3D printed pistol, the single-shot “Liberator.” In 2013, the State Department ordered Wilson to remove from his website plans for the guns, saying he was violating regulations controlling the export of military weapons.

Wilson, a radical libertarian who touts his technology as bringing an end to gun control, sued the government, claiming it was violating his First Amendment right to free speech because he wasn’t exporting actual firearms. The federal government eventually gave in, but some states are still fighting. 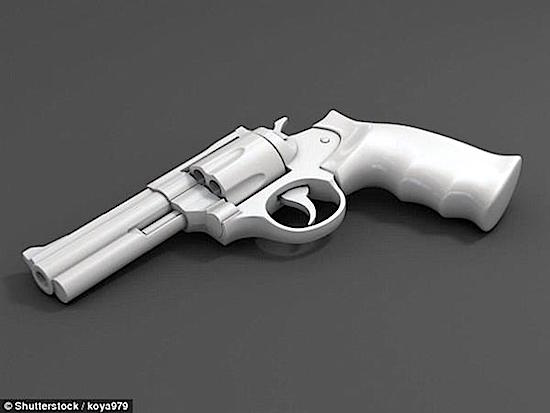 Josh Shapiro, the Pennsylvania attorney general,said the idea of publishing how-to manuals for printed guns is “an obscene proposition” and 21 state attorneys general sent a letter to Secretary of State Mike Pompeo and Attorney General Jeff Sessions Monday saying the settlement was “deeply dangerous and could have an unprecedented impact on public safety.”

Those officials did not include Kentucky Attorney General Andrew Beshear, who has announced he is seeking the Democratic nomination for governor next year.

In a statement, Deputy Attorney General J. Michael Brown said the “legal issues are being brought in both federal and state courts, none in Kentucky, and we will continue to monitor and review them and their effects on Kentuckians.”

Rep. Mary Lou Marzian, D-Louisville and a gun control advocate, called that prospect “frightening” and said she hoped Democrats and Republicans could work together to address it. Spokesmen for the Kentucky State Police and Gov. Matt Bevin did not respond to requests for comment.

Some law enforcement officials said they fear that making it easier to make guns at home would allow criminals to ignore gun licensing rules and skirt background checks, but some experts says the concerns are overblown.

Federal law already allows individuals to manufacture a firearm for their own use, as long as it is not sold or given to another person, noted Doug Ramsey, chief compliance officer and director of outreach, education and training for Bud’s Gun Shop in Lexington.

And a trade website for the 3D industry, all3dp.com, said “there’s no reason to fear a 3D printed gun any more than you would a conventionally manufactured… firearm.” The site also said most desktop 3D printers are not capable of creating a lethal and fully functional weapon, and metal 3D printing is “far too expensive to appeal to the average criminal.”

Three-dimension “printing” is really a misnomer. 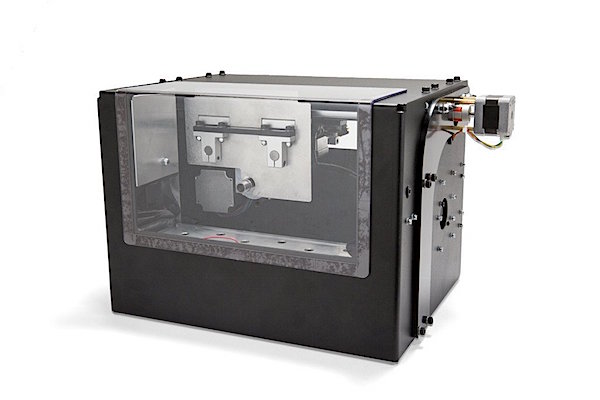 Starting with a design from a computer, a 3D printer uses layers of plastics, resin and other materials to make virtually anything from ceramic cups to plastic toys to metal machine parts. The 3D printing process turns a whole object into thousands of tiny little slices, then builds it from the bottom-up, slice by slice.

Gun shops owners, including Barry Laws of Open Range in Crestwood, said printed weapons are too rudimentary to cut into sales of conventional firearms.

While much of the current debate centers on the potential that Wilson’s 3D guns will be easier to make, plans for printable firearms have been available through illicit sources for years, and homemade weapons existed long before the advent of 3D printing. Anyone with some mechanical skill and machine tools can assemble an untraceable firearm using unregulated parts they can buy without going through a background check.

In addition to making available the plans and code to print 3D plastic guns, Wilson’s Defense Distributed sells a $1,500 computerized milling machine it calls the Ghost Gunner. Like mills available from other manufacturers, it uses computer coding to guide machines that carve objects out of aluminum. In this case, the code carves gun parts.

A writer for Wired, the tech magazine, wrote in 2015 that despite having no technical understanding of firearms and a “Cro-Magnon man’s mastery of power tools,” he was able to use the Ghost Gunner to make a fully functional and accurate AR-15 in one afternoon in the magazine’s San Francisco offices.

Ghost guns became a hot topic last November when Kevin Janson Neal, who was barred from owning firearms because of a restraining order, killed five people in a shooting rampage in Northern California using semiautomatic rifles he made himself.

LEGAL CANNABIS MUST BE OPTION FOR PAIN SUFFERERS, PANELISTS SAY