Rape, Sodomy cases; Two sentenced to over 10 years for Engaging in Organized Crime

Accused child killer Nick Ballou was finally sentenced to 25 years in prison for the death of his infant son, Landyn by way of an Alford Plea, accepting no responsibility for the child’s injuries that included multiple skull fractures and brain injuries.

Ballou is currently serving time for the horrific injuries that he inflicted upon his then two month old son in August of 2011. He has been indicted for murder. The child suffered from cerebral palsy, permanent brain damage and was legally blind after the abuse from his father.

Ballou, who went on the run from police for an extended time before being caught in Morgan Co. told his now ex-wife Amy that the baby had choked on his baby bottle. However, the child suffered major head trauma that left him legally blind and with permanent brain damage with three skull fractures.

Landyn has since died from the injuries and the Commonwealth is now charging Mr. Ballou with murder.

Two separate charges of rape against two different men rang through the courtroom as well.

And two were sentenced to over 10 years for Engaging in Organized Crime.

Here is the court docket from Circuit Clerk Jodi Parsley:

Anthony Craig Adams, 30 was arraigned on:

* Operating a motor vehicle under the influence of alcohol/drugs, and

Nicholas Ballou, 31 Pled Guilty To Murder taking an Alford Plea and was sentenced to 25 years. (concurrent with Lawrence County Case) 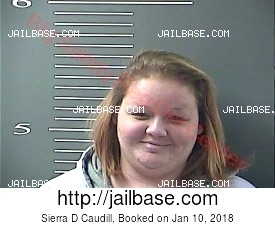 Sierra Caudill, 33 was present on 2 separate cases for a motion to amend terms of home incarceration.

The motion was granted.

William Chafin, 30 was sentenced on two cases, defendant received a total of 2 1/2 years for fraudulent use of an ID card of electronic code for benefits and bail jumping.

Robert Clay, 56 was present for a served bench warrant.

Hearing has been reset for next month on 8/14/18 on charges of trafficking in a controlled substance, 1st degree, Methamphetamine.

Kelly Collins, 40 A trial was reset for 8/13/18 on trafficking in a controlled substance, drug unspecified.

Broderick Cyrus, 41 was present on 3 cases.

The defendant was sentenced to 8 years on complicity to manufacture methamphetamine while complicity to receiving stolen property, (firearm) was dismissed on one case and was

*  Sentenced to 3 years concurrent to first case for complicity trafficking in a controlled substance, 2nd Degree.

*  Lastly the defendant was sentenced to 8 years to serve, concurrent with all other cases for Engaging in Organized Crime/Criminal Syndicate.

Joshua Cyrus, 44 was present for re-arraignment on tampering with prisoner monitoring device and escape, 2nd degree.

The defendant received 3 years for each charge on supervised probation over a five-year period.

James Gartin, 55 was present for a status hearing on Rape 1st degree and two counts of Sodomy, all charges with a victim under 12 years of age.

Justin Harless, 30 is charged as convicted felon in possession of a handgun.

For his case is complicity burglary, complicity theft by unlawful taking and persistent felony offender.

Defendant was present in court. All cases reset for 8/14/18.

April Harper, 34 was present to set aside pretrial diversion. 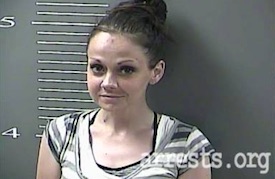 Brianna Kimbler, 32 is charged with and on the docket for complicity possession of a controlled substance, Methamphetamine and possession of drug paraphernalia.

The defendant was not present and a bench warrant was issued by Judge Preston.

The defendant remains incarcerated with the same $20,000 cash bond.

(BACKGROUND – A Webbville man wanted for 1st degree rape charges after being indicted by a grand jury, was arrested Saturday night July 14, but not before trying to flee from officers, which led to him facing additional new felony charges, as well as a misdemeanor charge.

William P. Litton, 48, was originally arrested on April 20 by the Kentucky State Police, after evidence revealed he knowingly and unlawfully engaged in sexual intercourse by forcible compulsion on April 18. However, Litton was then let out on a bail bond a few days later.

On June 26 he was indicted by Lawrence County Grand Jury but failed to surrender.

Kentucky State Police had been searching for Litton since. He was found at a residence in the northwestern part of Lawrence County. When KSP officers pulled up to the scene, William Litton then ran away, leading to a lengthy foot pursuit for over a mile, until he was finally being caught by trooper Forrest Newsome, who had to struggle to handcuff Litton.

Besides being arrested for the 1st degree rape indictment, Litton is now facing 2 new charges; FLEEING OR EVADING POLICE, 1ST DEGREE (ON FOOT), which is a felony, and RESISTING ARREST, a misdemeanor charge.

(Litton is being held in the Big Sandy Regional Detention Center in Paintsville.)

William McCoy, 46 Was present on three different cases for a probation revocation hearing.

A graduated sanction was ordered for defendant And the docket does not reflect what graduated is.

Michael Pennington Jr., 32 Was sentenced to drug court for the charge of complicity possession of a controlled substance and possession of drug paraphernalia.

Lillian Perry, 38 The judge to disqualify on two sentences given to the defendant.

Brian Roop, 32 was sentenced to 10 years for engaging in organized crime/criminal syndicate enhanced to 20 for persistent felony offender. 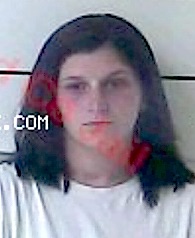 Katlin Roop, 25 was sentenced to 10 years for an amended charge of engaging in organized crime/criminal syndicate and enhanced to 15 years supervised probation over 5 years with other conditions.

Heather Savage, 41 was present but case was reset for 11/19/18/ for complicity manufacturing methamphetamine and persistent felony offender, 1st degree.

Robert Woods, 37 Pled guilty to 3 cases that were amended.  Sentenced to drug court.

Hansel Wiley, 48 was set for pretrial but reset for 8/14/18 for criminal possession of a forged instrument.

'OLD FASHIONED' FAIR BOARD SAYS EVENT WAS A 'SUCCESS' IN 2018