Retiree Michael Anderson says he’s dependent on the opioids that ease the searing pain in his neck and head, but his supply was abruptly cut off when investigators raided his pain clinic.

“I’m in dire need,” the 67-year-old said during a recent interview at his Louisville apartment.

Anderson suffers from occipital neuralgia, electric-shock-like chronic pain in the neck and back of the head. He knows when his medication runs out, painful withdrawals will begin.

He is one of thousands of Kentuckiana chronic pain patients displaced by local, state and federal crackdowns on clinics accused of being pill mills, defrauding Medicaid or both, according to area doctors. And Russell Coleman, U.S. Attorney for the Western District of Kentucky, has said other investigations are underway — with more closures and criminal charges anticipated. 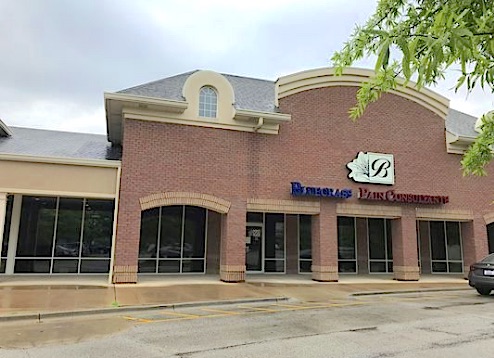 Louisville’s plight of pain patients clambering for a doctor mirrors a national trend after Attorney General Jeff Sessions created a task force in February to target opioid abuse, including overprescribing of pain and addiction medicines.

“We were just left out there to swim in the sea,” Anderson said.

There aren’t enough addiction or pain specialists to accommodate an influx of patients from ongoing closures, said Dr. Kelly Clark, a Louisville addiction specialist who heads the American Society of Addiction Medicine.

“This is a hole in the public health system. They are currently trapped,” she said of displaced patients. “There will be more.”

Area physicians are hustling to coordinate a response to help patients whose treatment regimes were interrupted without warning, said Dr. Wayne Tuckson, president of the Greater Louisville Medical Society.

When investigators “go in with a sledgehammer and shut down a practice without consulting community physicians, suddenly we have patients thrown loose,” he said.

“We do have a significant overdose problem and we have to do something about that. But we have to be careful that our actions do not jeopardize the care of patients.”

Federal officials have described one of their critical roles as targeting rogue doctors who capitalize on vulnerable pain and addiction patients with a free flow of addictive pills.

“Docs are very much afraid when it comes to writing pain medications,” Tuckson said. “We don’t want patients to become addicted. And we don’t want to have our licenses — and therefore our livelihoods — at stake.”

Clark and Tuckson are teaming with health department officials, pain management and addiction specialists and emergency room physicians to develop a list of resources for patients. Dr. James Patrick Murphy, a pain and addiction specialist who treats Kentuckiana patients, helped rally peers by sending an email last week that warned: “We are going to be flooded by patients in crisis.”

Murphy said doctors plan to create a website and model the guide after one in Washington.

Dr. Brett Stacey, medical director of the Center for Pain Relief at the University of Washington Medical Center-Roosevelt, described the “panic through the Puget Sound region” in 2016 when 2,500 patients were displaced after a pain practice with multiple locations closed. Officials scrambled to set up a hotline, manned by pain-trained pharmacists, with backup from physicians, Stacey said in a YouTube video posted by Pharmacy Times TV.

Louisville doctors are working to set up a similar hotline for patients with a list of area doctors willing to accept new patients either on an interim basis or long term.

“I would love to tell you we will have something in place before the next doors are shuttered, but we don’t know when that will be,” Tuckson said.

Anderson said he first learned about the criminal probe of his doctor’s practice, Bluegrass Pain Consultants, after seeing a June 12 television newscast of law enforcement raids that included the Champion Farms Drive location next to the Montessori School of Louisville. The retiree said he frantically tried to call the office for instructions on what to do, but said he couldn’t get through to any employees and was placed on a long hold before the call was disconnected.

One Bluegrass location, on Dutchman’s Parkway, does remain open Monday through Friday with “limited hours,” according to a voice message at the business. Calls seeking specific hours and comment on the probe have not been returned.

Regardless, Anderson said two pharmacists from different companies told him they won’t honor any prescription issued by Bluegrass. Law enforcement officials, including the U.S. Drug Enforcement Administration, won’t publicly name doctors or businesses that are being investigated unless official charges are brought.

But if pharmacists learn of a police raid of a clinic or have other reasons to suspect a prescription might not be legitimate, they can turn the customer away.

“As long as the doctor is still licensed the prescription is still valid, but they have a right to refuse if they don’t like the look of a prescription,” said Benjamin Vinson, DEA’s supervisory diversion investigator.

Anderson rushed to find another pain clinic, but said his medicine will run out before the late-July appointment.

He plans to ask his general practitioner to refill his oxycodone, but he doesn’t know if the doctor will agree to prescribe an opioid.

Days ago, he began drastically reducing his regular dose of oxycodone — known by one of the namebrands, OxyContin — to conserve the remaining pea-sized pale-green pills. But that left him dizzy, off-balance and coping with numbness on his face, sensitivity to light and sounds and a throbbing headache. He canceled his water aerobics class, skipped his performance in the church choir and has mostly remained inside his apartment.

“If a practice is closed, the patients who are legitimately taking their medications as prescribed can be in a dire situation,” Clark said. “They look and feel extremely sick.”

Some patients likely will end up in emergency rooms from opioid withdrawals, which can cause cramps, chills, sweats, vomiting, diarrhea, sleeplessness and dehydration.

For patients who are dependent — not addicted — they will feel better after a few days of withdrawals, Clark said. Those who are addicted wouldn’t be able to voluntarily taper off and going through withdrawals wouldn’t stop cravings.

Due to an unrelated mishap, Anderson once went without his medicine for more than a week, sending him into withdrawals. He couldn’t sleep, his body trembled from “twitches,” he was anxious and began to hallucinate.

“I sat up here and cried,” he said. “I don’t think I could go through that again.”

The Courier Journal will publish the hotline and website listing resources as soon as it is available.

***If you’re concerned you have become addicted, find treatment at findhelpnowky.org.