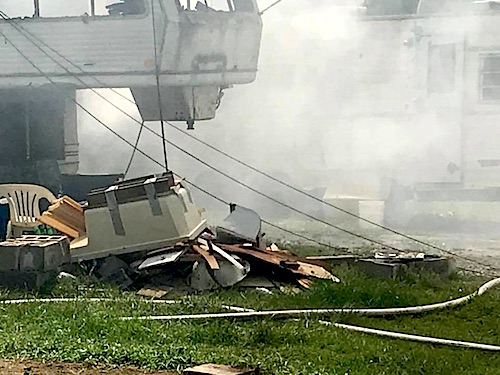 Local and State fire officials are still looking into what caused a fire that damaged a mobile home Wednesday along U.S. 23 in the Lowmansville area,.

According to the Lawrence County Emergency Management Agency it happened Wednesday morning, July 18, across from the former Old Family Foods store location, which also was destroyed by a fire in late December 2015.

Lawrence County E-911 received a call just after 11 A.M., that a mobile home had caught fire, with people inside. E-911 then sent a contact alert dispatch to the Lomansville Fie Department to respond to the fire call 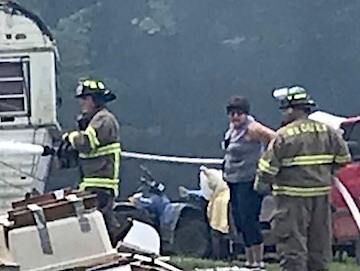 The Lomansville Vol. Fire Department arrived in a few minutes after the fire call came in.

After accessing the fire scene, the LFD determined that the fire was threatening adjacent mobile homes and another structure, which led to Lomansville fire officers contacting for a request of mutual aid from the Louisa Vol. Fire Department, and also from the W.R. Castle Vol. fire department.

Both fire department units arrived within a half a hour, and once in place, they helped in extinguishing the blaze. 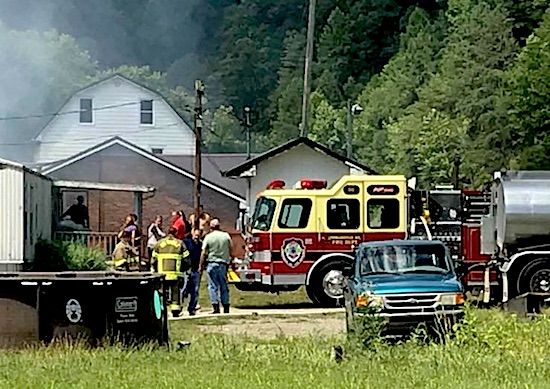 Everyone in the mobile home when it caught on fire managed to make it out OK., with only suffering minor cuts that were reported.

An investigation is still ongoing in determining what was the initial source that led to the eruption of the mobile home fire.