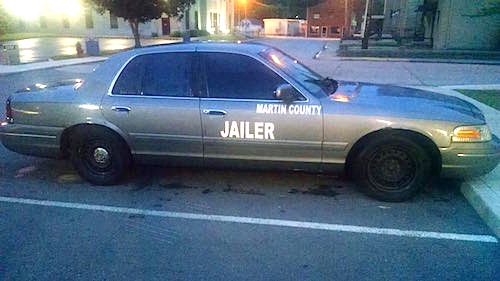 A prisoner transport car from Martin County has finally been and returned back to its homeplace . 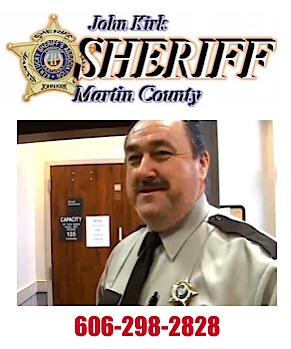 after he beat up deputy jailer Larry Maynard, pushing out of the moving vehicle, dragging him on the asphalt for several yards, resulting in moderate injuries for officer Maynard

Sheriff Kirk says they had to use a 4×4 tractor to get it out.

Mark Crouch was found at a residence in the county. Another man who was with him, Christopher Chaffins, was later arrested on warrants.out of Mingo County, West Virginia; for Burglary, Petit Larceny, and Transferring or Receiving stolen property.

The Martin County Sheriff’s Office will be holding an auction. The items being auctioned are seized items. The sheriff has the right to accept or decline any or all bids, as well as set a reserve on any items.

Inspection of these items can be done on July 19th and 20th between the hours of 11 a.m. and 4 p.m. only. The auction will be July 21, 2018 at 10 a.m. Inspection and auction will be conducted behind the old courthouse and the new Martin County Government Center.

The items being auctioned off will be the following: