SOME OBSERVATIONS ON PRESIDENT TRUMP 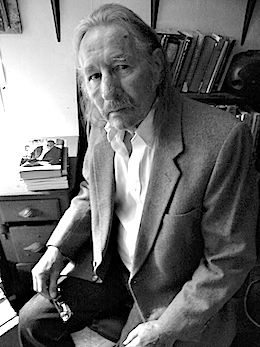 It has become common knowledge now that President Trump doesn’t read or won’t read. This is something that should not be dismissed out of mind, for it is an important clue into his mentality: he doesn’t comprehend what most school children know significantly—that reading is fundamental. Reading is crucial for developing a well-balanced brain. Mental growth is not only important to growing minds but is something that should be a lifelong pursuit. How else can one develop one’s intellectual ability to discern—that is: one’s capacity to effectively deduce the consequences of the many decisions one has to make in life? Especially moral decisions. In this respect, a strong background gained from reading is one’s most helpful guide in considering critical choices.

Where else can wisdom be found if not by reading?

But yes, one can become quite savvy, even very successful in life without reading, but it comes with a price—simpleminded, one dimensionality. To dismiss reading as unnecessary leads to a very shallow life indeed. A prime example of Trump’s shallowness is his use of the esteemed power of the Presidency of the United States to bully private citizens via the Internet; this sets a new standard for superficiality, and a new low for Americans.

Reading is the most effective means of obtaining information and knowledge, bar none. All great civilizations have depended on a public that reads. It wasn’t until the Greeks developed an alphabet that they created the world’s first working democracy. (Something one learns by reading). Christ himself wrote something in the dirt with his finger according to John 8: 7, some mysterious message that we will never know—although John undoubtedly had mastered the ancient art of memorization in order to turn over his knowledge of Christ to the scribes, he was obviously illiterate so Christ’s message remains in the dust forever.

It’s not too late: Trump needs to start where most adolescent youngsters start their serious reading, with Charles Dickens, Robert Louis Stevenson, and a good biography of Lincoln. It appears that Trump’s only link to Lincoln is in fulfilling the second part of Lincoln’s famous dictum: “You can fool all of the people some of the time and some of the people all of the time.” It does seem that Trump is a master at manipulating fools.

But here is the main crux of the matter. Had Trump decided in his youth that reading was worthwhile and then enjoyed reading widely, he may have come across the stage play Night of the Iguana, in which the main character, a Catholic priest, assesses humanity with the remark, “NOTHING HUMAN DISGUSTS ME EXCEPT DELIBERATE CRUELTY.”

Had Trump read this play (or seen it) and taken this to heart, perhaps he wouldn’t have created the awful tragedy at the Mexican border. Deliberate cruelty is cruelty with malice of forethought. One has to lie awake and dream up such heartlessness. And for what? People can argue over this until the cows come home but there is no, none, absolutely not, never ever, no matter what, excuse for the deliberate cruelty he inflicted on these precious children. Jesus is watching you Mr. Trump!

John Butch Preston is a retired college English teacher living on a farm in Lawrence County. He has been published in national journals and has three books on Amazon and local book stores: a novel titled Where Everything Important Happens on a Hillside, a short story collection, Ten Miles from Clay City and Other Stories, and The History and Tales of the Paintsville Stockyard. His play Kentucky’s Richest Man, the story of John C. C. Mayo recently premiered at the Mountain Arts Center in Prestonsburg. He is currently working on a new play and a new novel. Preston’s main source of pleasure is gardening.