It’s NASCAR week in Northern Kentucky and Kentucky Speedway in Sparta has a full slate of activities planned for its signature Tripleheader Weekend.

The Monster Energy NASCAR Cup Series (MENCS) Quaker State 400, presented by Walmart, is always a key stop in the race for the chase and this year is no exception. 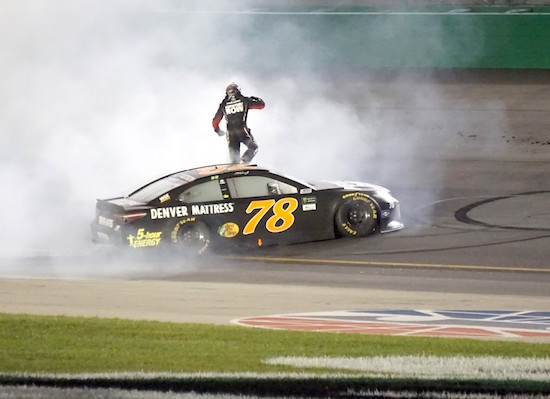 With a small group of drivers dominating the circuit, there are more competitors than ever looking to capture a win at Kentucky Speedway and secure a spot in the playoff.

“We’ve had just six winners this year (now seven, with Eric Jones winning at Daytona Saturday) and four of them have won multiple races,” Speedway General 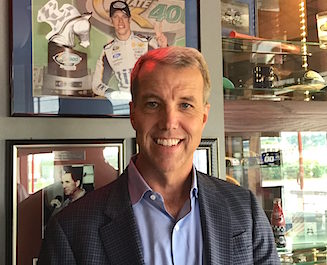 Manager Mark Simendinger said. “I thought by now some of the young guys would have stepped up. I think the results are muted a little bit because we don’t have the (Chevrolet) Camaro completely tuned in, but we’re getting close and I think it won’t be long until we start seeing (guys like) Jimmie Johnson winning races again.”

There are a lot of interesting story lines with the drivers that have done well at Kentucky Speedway in the past.

“You look at the drivers that have excelled here, Brad Keselowski drives a Ford and Ford has done exceedingly well,” Simendinger said. “(Joey) Logano won three straight races in the XFINITY series here years ago, he’s a Ford driver and Blaney has done pretty well, so that’s the Penske lineup. Then obviously, Kevin Harvick is going to be very tough to beat and he, Kyle Busch and Martin Truex Jr. (last year’s winner) are going to be at the top of everybody’s list.”

Harvick, Busch and Truex have won 13 races combined this year and Clint Boyer has won twice.

“There’s no reason why those same four won’t be tough and there’s no reason why Keselowski shouldn’t rise to the occasion,” Simendinger said. “With his history here and the equipment that he has and being a Penske driver, I would think he’d be very tough as well.”

Off the track, Simendinger said fans can look forward to all of the events and activities they have come to enjoy over the years, and a lot more of it. 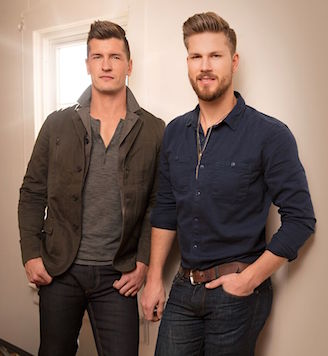 High Valley is scheduled to perform in a pre-race concert Saturday. Brothers Brad and Curtis Rempel are the duo make up High Valley and are considered rising stars on the country music scene (provided photo).

“We’ve got all of the same stuff that people have come to expect, which is probably NASCAR’s busiest schedule all year long,” Simendinger said. “We’ve got a great pre-race concert in High Valley and if you haven’t heard them, they are just incredible.

Brothers Brad and Curtis Rempel are the duo who make up High Valley, and they are nominated this year for Academy of Country Music (ACM) award for New Vocal Group or Duo Group of the Year.

“We’ve had a really good record of getting guys just before they blow up and I think that’s going to be the case with them,” Simendinger said.

“I think one of the cool things this year is that there will be more driver interaction than we’ve ever had,” Simendinger said. “I mean, we’ve got, at various places around here, Kevin Harvick, Jimmie Johnson, Kyle Busch, Austin Dillon and many, many more. Whether it’s in the fan zone or the public hospitality tent, drivers will be everywhere.”

A Military Appreciation Hospitality tent has been added this year, but fans don’t have to be a member of the military to buy into it.

“It’s for anybody and it’s going to be wall to wall from noon until 5 p.m.,” Simendinger said. “There is going to be something going on there at all times, whether it’s driver Q and A, or the USO band or military reenlistment, and that’s all on Saturday.”

A portion of the proceeds from the tent goes to military members and their families, the USO and Speedway Children’s Charities.

The cost is $175* for the Ticket and Hospitality Package, which includes:

-Driver and other special guest appearances, including;

Simendinger said he really appreciates how much NASCAR drivers embrace the fan interaction.

“That’s one of the neat things that sets us apart, is that we have a sport where you can actually come and hear the participants before they step into the race car,” Simendinger said. “You don’t get that anywhere else.”

Action Alley is back

Action Alley, the Official College Tailgate Area of Kentucky Speedway located in Turn 1, is also back this year.

“It was brand new last year and this year we’ve added a postrace party for those people, because they really didn’t want to stop last year when the race stopped,” Simendinger said. “That was a big success last with college-students, so we are really looking forward to that again and for it to continue to grow.”

The designated postrace party area provides an opportunity for Action Alley fans to continue the fun well into the night and to camp if they don’t want to drive home. 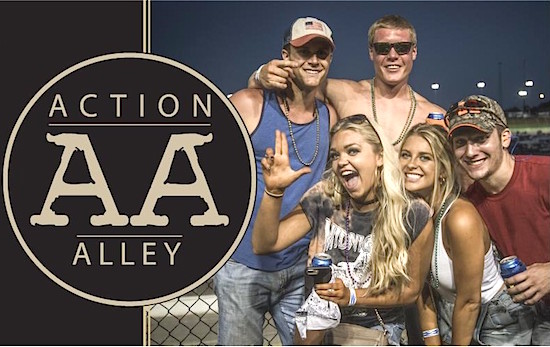 -Tailgate activities before and after the race

-Music with DJ before and after the race

There is another year on the Speedway’s track surface, which was replaced in 2016 and upgraded again last year.

Simendinger said crews have been conditioning the surface and getting it ready for race week.

“There was a truck test on Saturday, and anything that puts more rubber on the track is a good thing,” he said. “We’ll be putting some rubber in there, just trying to widen that groove out a little bit before they get here and we’ll be ready for them. Every year that goes by is a good thing, as far as aging the race track.”

He use the analogy of a baseball glove to explain how drivers feel about racing surfaces.

“Your glove is really great when you’ve got it broken in, but it can’t be so worn that the string’s start breaking,” Simendinger said. “It’ really a weird thing, (drivers) like it as old as it can be, they like it right on that edge, but it’ got to be reliable, too.

Simendinger said there are too many events and activities to list during race week, including the return of the Fan Zone and an incredible flyover. Also this year, Cincinnati Reds announcer and Major League Baseball Hall of Famer Mary Brennaman will drive the pace car.

“I’m a Reds fan just like everybody else and Marty is just a big part of everybody’s life here and he has contributed a lot to this community,” Simendinger said. “It’s a fun thing to be able to say thanks to him and do it in a way that he can have a good time. It’s a once in a lifetime experience.”

Live racing kicks of Thursday with the NASCAR Camping World Truck Series Buckle Up In Your Truck 225, followed by the XFINITY Series Alsco 300 on Friday.

For a complete schedule of events and activities, or for ticket or camping information, click here.