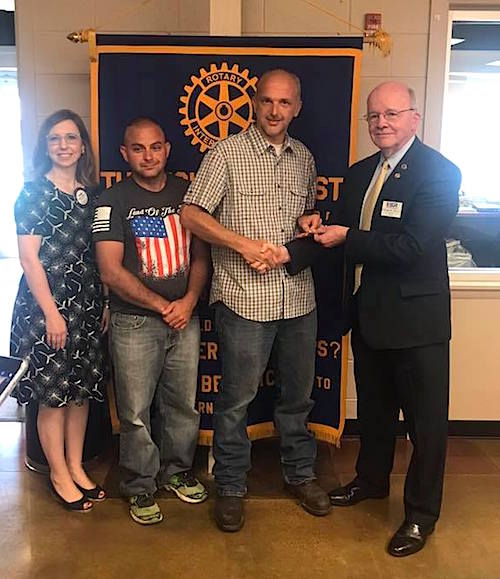 Rotarians met for their weekly meeting on Thursday, July 5, 2018. After the opening prayer for the community, Pledge of Allegiance and reciting of the four-way test the meeting began.

Joshua Ferguson, an employee of Abarta Oil & Gas Co. from Martha, Ky. was Honored by Kentucky’s committee for Employer Support of the Guard and Reserve. (ESGR) The presentation of an ‘ESG are patriotic’ award was made at the meeting in front of the Louisa Rotary club.

Brandon Howard, a staff sergeant in the 577th Sapper Company of the Kentucky Army National Guard, (Prestonsburg) recommended Ferguson for the award. Howard, who also works for Albarta Oil & Gas praised Ferguson and his employer for 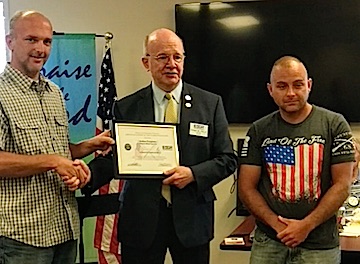 The 577th Sapper Company is attached to the 201st Engineer Battalion which has its headquarters in Ashland, KY. Sappers our combat engineers Who advance with the front line infantry and or some of the first people see it to assess damage. A Sappers role is similar to a combat engineer sweeping the battlefield to make sure the path is safe and clear before others go through.

Presentation of the award was made by ESGR area chairman Ernest Pitt, an attorney with Holbrook and Pitt in Ashland. He also gave Rotarians an overview of ESGR’s efforts To work with employers and Guard and Reserve members in the Commonwealth. “Supervisor’s like Joshua Ferguson and Company’s like Abarta Oil & Gas go beyond the legal requirements to support their employees who serve in the National Guard and Reserves,” Pitt said. These companies represent the qualities we hold dear in the Commonwealth and we are pleased to make this most deserving award today. (See video HERE) 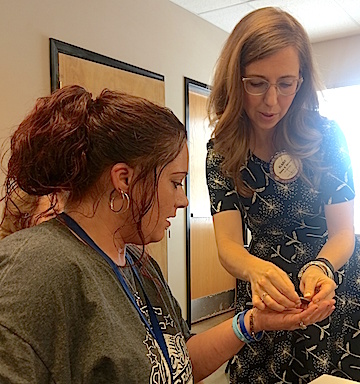 After the award was given member Sheila Kensinger introduced ARC’s Misty Borders.

Misty is a recovering addict and employee of ARC that gave an inspirational speech about all of the things ARC has done in her life and countless others. She not only gave her testimony and path to recovery, but also gave Rotarians insight into how the treatment facilities work.

She spoke about how they are getting families involved and educating them as well to fight the epidemic destroying so many in this area.

Overall it was a very informative meeting and then was adjourned for the week.