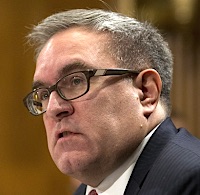 Though Pruitt weathered storms for months, by currying favor with President Trump, the tipping point for his resignation may have been recent questions about whether he illegally deleted meetings from his calendar after the fact and fired an EPA aide because she questioned the practice, CNN and The New York Times report.

Pruitt’s spot will be filled by EPA Deputy Administrator and former coal lobbyist Andrew Wheeler, a move that environmentalists immediately blasted, Dino Grandoni reports for the Post. Wheeler was also the longtime attorney to leading coal magnate Robert Murray, a Trump donor who gave the administration a pro-coal wish list thatg has largely been fuilfilled. Before lobbying, Wheeler was a longtime aide to Sen. James Inhofe who worked on environmental policy. Inhofe is a climate-change denier, and Wheeler has questioned scientifically accepted theories on it.

Asked at his confirmation hearing about the relationship between human activity and global warming, Wheeler said, “I believe man has an impact on the climate but what is not completely understood is what the impact is.”

Wheeler “isn’t likely to bring big changes in policy at the EPA,” Rebecca Ballhaus of The Wall Street Journal reports. “Republicans have said Mr. Wheeler was well qualified and noted that he had the support of business groups, which pointed to his work for more than a decade on environmental and natural-resources policy on Capitol Hill. Three Democrats joined the Republicans in voting for his confirmation to the deputy post in April.”