Court will give sheriff $75,000 to run on until December; 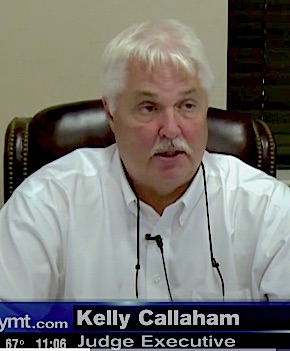 Judge-Executive Kelly Callaham said there is no way around the cuts. “We’re barely making it now and we just can’t afford this,” explained Callaham.

Sheriff John Kirk, who has drawn statewide praise for his war on drugs, said services will have to be cut back for his office.

He said patrols and other services will have to be cut-back starting July 1st. “We’re going to have to tighten down really tight in order to be able to overcome the 80,000,” Kirk told WYMT.com.

Sheriff Kirk says he is thankful for his unpaid deputies. “If it wasn’t for my volunteer deputies then I could not do what I do,” explained Kirk.

To show support for the sheriff’s department, citizens filled the room’s seats as the meeting began.

Many citizens say they are not happy about the decision.

BarbiAnn Maynard said she lives on the edge of the county. She fears this will add minutes to response time. “Response time for me is already unreal slow but them cutting it is going to make it even worse,” said Maynard.

People who sat in on the meeting said they feel that the cuts show the fiscal court does not care about the citizens of Martin County. 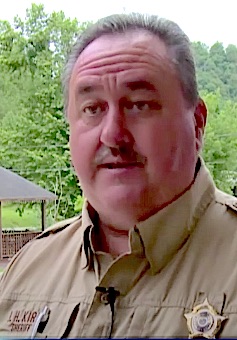 “There was a lot of other areas that are not benefiting the county that should have first been on the chopping block,” said Maynard. Judge Callaham said if he could have cut from another department, he would have done so. “We’re going to look at it more to see if there are other ways we can help him,” said Callaham.

Judge Callaham has spent 21 years serving the county as Judge Executive. He says this was not an easy decision for his board members. “I’ve had 5 fiscal courts and this group here is one of the most caring fiscal courts I’ve ever had,” explained Judge Callaham.

Moving forward, the fiscal court will give the department pre-budgeted $75,000 to run on until December. The sheriff’s department will also be applying for a $30,000 state grant along with more police grants.