Small towns across the U.S. are losing population to urban areas…

Small towns across the U.S. are losing population to urban areas, and the trend is likely to continue. Kimberly Zarecor, associate professor of architecture at Iowa State University, offers an offbeat solution for shrinking towns: instead of spending money trying to lure new residents, focus on making life better for residents so they’ll stay put, Frank Morris reports for NPR. 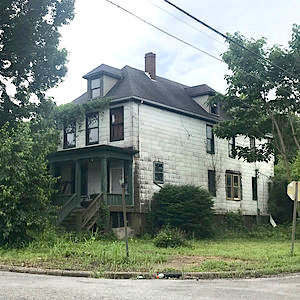 Zarecor first conceived of the “Shrink Smart Project” when she studied in a small city in the Czech Republic that had suffered with the collapse of the coal and steel industries. “Ostrava is a place that’s shrinking, losing people, but it’s still a place that people love to live in, are very loyal to,” Zarecor told Morris. “And it’s also a place that outsiders look at and think, I don’t want to be there.”

Eva Spackova, an architecture professor at the Technical University of Ostrava, commented on how her city successfully followed the “shrink smart” plan: the town clean up pollution and revitalized older neighborhoods, reinventing itself as a cultural hot-spot with popular arts events.

Zarecor and her Iowa State colleague Dave Peters are trying to bring that thinking to America, and are currently conducting surveys to figure out how some remote small towns can make residents’ lives better as they lose population. They point to Sac City, Iowa, population 2,105, as an example of success in smart shrinking. The thriving town boasts a hospital, a library, a recreational center, two pools, good daycares, and an involved local government.

Sac City Community Foundation board member Steve Irwin said the town is doing well because of its highly involved citizens. “We always seem to have a champion for a project, somebody or some group that kind of takes the lead,” Irwin told Morris.

'IT WAS SURREAL': OWENSBORO FIREFIGHTER DELIVERS HIS BABY ON WAY TO HOSPITAL