FUTURE OF MARTIN CO. ANIMAL SHELTER IN LIMBO DUE TO UNCERTAIN CONTRACT RENEWAL THAT COULD MEAN AN END TO RESCUE OPTIONS

THE ANIMAL SHELTER IS AT RISK, DESPERATE FOR VOLUNTEERS; COULD GO BACK TO ‘HIGH-KILL’

A deadline is quickly approaching that if past without any resentment, could lead the Martin County Animal Shelter to once again carry out the protocol process of euthanasia of most of the animals being kept there. 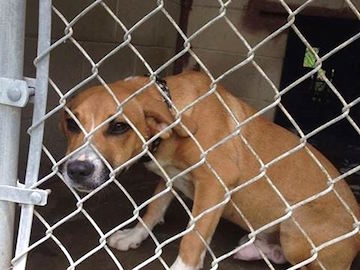 “We need help so we can keep it open,” stated Cynthia McGinnis, a long-time volunteer at the shelter.

McGinnis says right now, there are only two full-time volunteers.

“Our biggest issue is lack of help. On most days, there is two of us to do anything,” McGinnis said.

The future of the shelter is uncertain right now due to an upcoming county contract renewal. McGinnis says the Stray Hearts Animal Rescue’s contract with the county ends July 1. If they don’t get extra help, she says the rescue may not be able to renew their contract and the shelter could turn back into the high-kill shelter it was before the rescue took over.

The county animal shelter is run by the Stray Hearts Animal Rescue’s national organization. Ms. McGinnis said when Stray Hearts took over a couple years ago, the shelter switched from a high-kill shelter to a rescue.

McGinnis says if they do not get more volunteers, she is afraid the shelter will lose their contract and the county will take over.

“The County’s policy is, hold a dog for five days with no medical treatment because they’re not going to need it and in 5 days the ACO will euthanize them,” explained McGinnis.

“We have some great animals, some older animals that would make great pets,” McGinnis said. “They’ll be dead.”

The shelter is set up to house 25 dogs. Right now, they have 50 dogs and 80 cats. “One person trying to take care of all of them puts us from morning until three or four o’clock in the morning,” said McGinnis.

“Last month we took in 100 animals,” McGinnis said. “This month we’re already on par to be over that number. So far we have taken in close to 80 animals this month and the month is only halfway through.”

Volunteers claimed that helping out at the animal shelter is not all about scooping and cleaning. Spending time with the animals was also extremely important.

“It’s really important to get people to come up here to pet them and play with them and for dogs that have been abused, they have to re-learn that people are worth approaching,” said McGinnis.

However, if people are willing to get their hands dirty, volunteers say there is enough work to go around.

“We have gloves and we have masks and you can go home afterward and take a shower. That’s what we do,” said McGinnis.

If you would like to donate or volunteer at the animal shelter you can “like” their Facebook page “Stray Hearts Animal Rescue / Martin County Shelter”. or call (606) 298-4035.