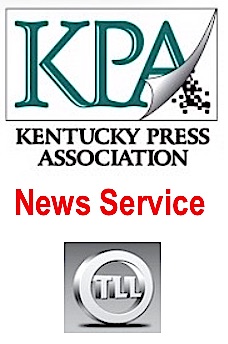 PIKEVILLE, Ky. — The University of Pikeville and the Pikeville Medical Center have entered into an agreement of cooperation to continue the community’s trend of growth and development.

PMC CEO Donovan Blackburn and UPike President Burton Webb signed a memorandum of cooperation Thursday that will bring collaborations between PMC and UPike that officials hope will bring increased economic growth for the region and increased development for both of the organizations.

In a combined fireside talk-styled speech, both Webb and Blackburn addressed the audience talking about their greater vision for this collaboration and excitement for the future.

What kind of transformative change could an institution like the hospital make if the hospital and the university got together on the same page and began moving forward? Those conversations were really exciting.”

Both Webb and Blackburn focused on the beneficial impact this collaboration will have for the city of Pikeville and the regions as a whole.

“One of the things from our perspective, that we’ve been very appreciative towards the university with, is that we’ve had issues with trying to supply a nursing staff for the hospital,” Blackburn said. “Last year we had 170 new nurses that came through the region and it’s because we have such a demand that we have to go outside the region sometimes bring people in.”

The demands like this for growth is one of the main initiatives that led to this cooperation between these regional giants.

“One of the meetings we had was to voice our concern about the nursing program and recently UPike announced that it has expanded its nursing program by 60, which is huge for the hospital and the area and huge for the economic opportunities that it brings,” Blackburn said. “It is allowing people to stay here and have jobs and are working in this region to bring growth. These are people who are staying and investing in the community.”

Webb and Blackburn both highlighted several already ongoing programs between the two organizations that are already resulting in success.

“We have a new program that we were able to launch,” Blackburn said. “Where nursing students were able to come into the hospital and work and actually get paid to do so. It fosters a relationship with the nurses and it also allows us to really mold someone who is going to be a future employee for us. So it’s just wonderful opportunities, great health initiatives and these are things that have taken place in the past three months. Imagine what, once we sign this document, what really is going to happen.”

While this cooperation does guarantee staff for PMC and allows UPike to grow its nursing programs, it also allows UPike to seek out federal funding that will bring about more growth for the university that it seeks so it can continue collaborating with PMC and the city, officials said.

“For us to apply for grant money we have to have formalized relationships,” said Webb. “And that’s really what this is about today. Formalizing this relationship so that we can go to the National Science Foundation, the National Institute of Health, and other places and apply for some of the large grants that will really help us grow the development of health care here in this region. So this is, for me, an open door and I think it’s something that can move forward in great ways.”

The potential impact this will have for Eastern Kentucky as a whole cannot be overlooked, Blackburn and Webb said consistently and harmoniously agreed upon during their address.

“The importance of this, and anyone in this profession knows this, is that we look at the acuity level of our region,” said Blackburn. “We look at issues such as respiratory problems, heart issues, cancer, those are things that we place higher than the national average. Health and economic development tie into this because you can have a diverse or a uniform work force but if you don’t have a healthy work force, then it’s going to be hard to bring people into this region so to create industry, health becomes very important. This cooperation will bring about opportunities for grants and growth and economic growth for this region.”

Sen. Ray Jones also spoke on the growth that this collaboration will bring.

“This is certainly a big day for our community,” said Jones. “It’s something that I believe is long overdue. We have had in the past discussion about trying to build a medical research facility in Pikeville. Several years ago we had some meetings and that was discussed. I think with Donavan’s leadership and Dr. Webb’s leadership that maybe it is something that we can see happen down the road.

“No other community in this country, that I am aware of, has a university that has been this progressive with a medical school and an optometry school and with the potential of collaboration with the leading healthcare facility in Eastern Kentucky,” he continued.

While expressing excitement and pride in these institutions that have represented the forward growth of Eastern Kentucky, Jones also addressed the opportunities challenges that are to be faced now with this collaboration.

“We have a lot of issues that need to be addressed, whether it’s colon cancer research, very high rates of lung cancer, cardiovascular disease, diabetes, the opioid epidemic has been a tremendous issue, and hopefully this collaborative agreement will help address those issues.” said Jones. “Our community has also weathered a storm with the loss of coal jobs and we are now poised to see new companies like EnerBlü, AppHarvest and SilverLiner come to our community. Those would not be possible but for the institutions like the University of Pikeville and Pikeville Medical Center.

“Those are two institution that set Pikeville and Pike County apart from all of Eastern Kentucky and Central Appalachia,” he continued. “This collaborative agreement will help foster more economic development and, if you look around the coal fields, we have prospered when others have really struggled. This is a great day and I think we will see tremendous growth here and in Pike County in the years to come.”

The facility’s grand opening marks an important moment for Alltech and the Lyons family, according to Mark Lyons, Pearse Lyons’ son and president of Alltech, but it also holds special significance for Pikeville and Appalachian Kentucky as a whole.

Dueling Barrels is set to be inaugurated as the easternmost member of Kentucky’s Bourbon Trail in January, a move officials hope will boost Pikeville’s tourism economy and help put Eastern Kentucky on the map for people who want to travel beyond the boundaries of Central Kentucky’s horse and bourbon country.

“My father wanted to do something that made an impact in the region, not just have a brewery,” Mark Lyons said. “The idea was something much bigger.”

On Pikeville’s Hambley Boulevard, Dueling Barrels stands out. Large black windows on the front of the building reveal distilling equipment two stories tall. The business’s logo shows a modern, forward-thinking vision for the distillery while also referencing the region’s sometimes bloody history — Dueling Barrels, Mark Lyons said, is a play on the famous Hatfield-McCoy feud of the late 19th century.

To help highlight that history, Dueling Barrels’ tours will be led by what the company calls “storytellers,” employees who studied Eastern Kentucky’s past to give customers a more nuanced understanding of the coal fields.

Branham was born and raised in Pikeville but has lived elsewhere for the past 20 years — he lived and worked in China for the past four years as Alltech’s quality manager.

“For me to be able to come home and rekindle some old friendships and be part of this is pretty special,” he said.

Pikeville has changed a lot since Branham left in 1997. The city is now home to a bustling retail district, and the streets downtown are lined with boutiques, restaurants and art stores.

The University of Pike-ville and the Pikeville Medical Center have grown, too, drawing in young people and professionals to a region that, in many Eastern Kentucky communities outside Pikeville, struggle to hold on to declining populations.

A number of new businesses have already announced plans to move to Pikeville, including Enerblu, a battery factory that expects to employ more than 800 people.

In addition, Pikeville is only city in Pike County that allows the sale of alcohol, a factor that Pikeville City Manager Philip Elswick said helps attract restaurants, students and professionals.

“It kind of puts you at a disadvantage of you don’t (allow alcohol sales),” Elswick said. “As folks move here for jobs — professors, doctors, professionals that will be coming to work an Enerblu — those people expect those amenities to be available.”

One of the reasons Pikeville has succeeded economically, Elswick said, is that the city sets new fiscal and quality-of-life goals every five years and develops formal strategies on how to achieve those goals. Dueling Barrels, he said, is an exciting addition to that process and the city’s growing economy.

“Alltech is an . . . international brand, really, with great name recognition and a reputation for being top-notch, so having that in Pikeville has generated an enormous amount of excitement,” Elswick said. He added that, for tourists, “it’s a good way for people to see what we are without all the stereotypes and preconceived notions.”

On a trip to Pikeville in 2013, Pearse Lyons saw that economic potential. He met with former Gov. Paul Patton, then-president of the University of Pikeville. The two bonded over their shared interest in seeing a prosperous future for the region.

According to his son, Lyons “saw Eastern Kentucky and Appalachia in a way he hadn’t before.”

Dueling Barrels gave Lyons the opportunity to bring economic diversity and prosperity to a region that he thought shared many similarities with his home country of Ireland. Lyons’ home town, Dundalk, Ireland, is now Pikeville’s designated “sister city,” and officials from the two communities have met and shared notes on how to improve economic conditions in both places.

Branham said Lyons understood that Dueling Barrels was more than just a distillery. Lyons’ excitement and optimism for the project, he said, was contagious.

“Just the energy he had … I mean, he just made you feel like you were doing something special and something grand,” Branham said. “I really want to help in carrying that torch on and helping the people of Appalachia.”