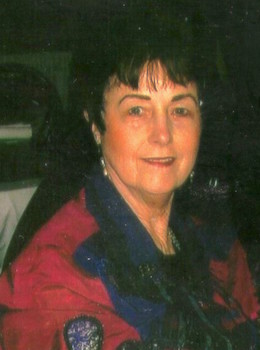 Ruby was born December 25, 1936 in Buchanan to the late Ray and Mary (Price) Patton. She was a former teacher with Buchanan School, a homemaker, and an advocate to make the best better for all.

Ruby was very active in the community. She was involved with the Sunshine Homemakers Club in serving as President and other offices for years, Past President of the Lawrence County Homemakers Association, Past President of the Northeast Area Extension Homemakers Council and served with the State Board of Homemakers. She won several awards and honors of her loyal service and dedication to enhance the extension of the Homemakers. She received an award for outstanding service to the Lawrence County Extension District Board in 1997-2000. She was noted for her outstanding work in her skills and abilities with sewing, quilting, macrame, needlepoint, crochet, cultural arts, Christmas decorations and heritage skills.

She was an election officer for Lawrence County in the Buchanan precinct for many years. She found time to compile and write several books entitled “Buchanan Cemetery in Zelda”, “The Buchanan”, “Zelda Heritage” and “Lakin-Price Related Families” for the community.

She was active with the fraternal families of Freemasonry. She was a Past President of the Ashland DeMolay chapter named Owen R. Meadors Chapter Mothers’Club, Past Matron of Louise Chapter #292 Order of the Eastern Star in Louisa, active in the Eastern Star District as an Ambassador of Goodwill for the Eastern Star Home, served as Grand Officer in 1999-2000 with the Stone-Hart Grand Family as Grand Adah and various committees, former member of the Kentucky Past Grand Officer Association and a Past Grand Representative to the state of Arkansas. She served the El-Hasa Shrine in Ashland as First Lady in 1979 and 2010, alongside of her husband Joe and son Pat who served as Potentate in 1979 and 2010, respectively.

She was a very special lady who was respected and loved by all. She was a loyal friend and dedicated supporter of the Masonic families. She was truly an inspiration to all and a role model of a strong and disciplined character for everyone to emulate. Her significant contributions and dedicated service to her church, community and Masonic families will be greatly missed but always appreciated for her unselfish sacrifices that she made to make this world a better place to live.

She was a devoted and active member of the Buchanan Chapel United Methodist Church where she taught Sunday School and participated in singing with the Choir. Ruby was faithful and loyal in singing at funerals.

In addition to her parents, Ruby was preceded in death by her siblings Billy Ray Patton, Patricia Thompson Nunley, and Helen Maxine Copley and her nephew Tony Copley.

Young Funeral Home has been entrusted with the care of Mrs. Hart.

Online condolences may be expressed to the family at www.youngfuneralhomeinc.com