LOUISA, KY.  – The City of Louisa and RISEabove will host its third-annual HOOPS FOR HOPE BASKETBALL TOURNAMENT AT LOCKVIEW PARK ON JUNE 22-24. 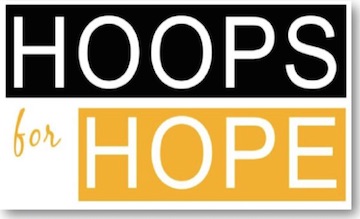 “This event is much more than a basketball tournament,” said RISEabove Board Chair Matt Brown. “This is a community event that is aimed to bring people together. The tournament will help us raise money for renovations to the LockView Park and help provide a better space for our children and families to enjoy.”

Brown, chief of staff at Addiction Recovery Care and a member of the Louisa City Council, along with Derek Hinkle, Daniel Ward, James Keeton, and Scott Robinson started RISEabove in 2015. Since its inception, it has raised more than $85,000. Monies raised have helped a variety of programs in and around Louisa, including medical expenses, food for low-income families, community events, and has raised money for addiction treatment.

The LockView Park is an example of RISEabove’s impact on Louisa. The organization has helped to renovate city parks, assist with feeding programs, provide a Christmas toy giveaway, fund a community Thanksgiving celebration, and assist families in dealing with cancer and other illnesses. Monies raised also help to provide alcohol and drug prevention programs.

“RISEabove is not an organization, it is a movement,” added Brown. “It is about demonstrating the power in unity and numbers. Together, we are making our community a better place to live, work, and raise a family.”

Former University of Kentucky and NBA star Rex Chapman will speak to the public on Championship Sunday (June 24) at 1:30 p.m.

“We are so excited to have Rex attend our event,” said Brown. “When you think about basketball in Kentucky, Rex is one of a handful of names that top the list.”

For more information on the Hoops for Hope Basketball Tournament and the RISE ABOVE organization, contact Brown at (606) 615-2872 or email matt.brown@arccenters.com.