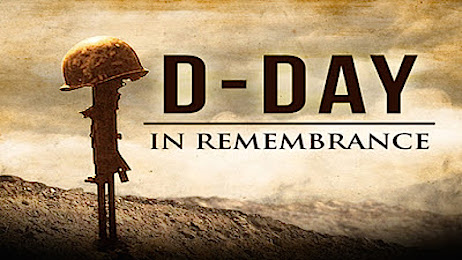 So many, he said, that he would hit two or three with his plane, the “Kentucky Kloudhopper,” if he was forced down.

It was 22-year-old Alexander’s first combat mission but far from his first flight. He got his pilot’s license at 15, he said, and he spent a few years as a flying instructor for the Army, itching to get into the action.

“It was a sight to see. You’ll never forget it. Never,” Alexander said. “It’s just as clear in my mind today as it was on that day.”

Below his B-24, more than 150,000 Allied troops landed on the beaches of Normandy, France, fighting to take the 50-mile stretch of the coast from the German army. The invasion has been called the beginning of the end of the war in Europe — by the end of August, all of northern France was liberated.

Alexander’s aircraft was one of roughly 13,000 to aid the mission. There were more than 5,000 ships involved in the D-Day mission, according to military history.

“I didn’t know there were that many boats over there, or that many soldiers,” he said.

He doesn’t clearly remember seeing people, fights or explosions. He was busy flying, he said, on his way to his target: a bridge he needed to destroy to block support troops from reaching the beaches.

More than 9,000 Allied personnel were killed or wounded that day, but the troops managed to gain a foothold in France. 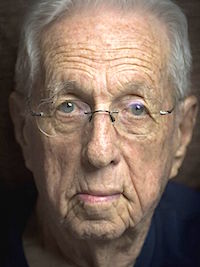 Alexander said he was never frightened before or during the mission.

“I never had any fear of it,” he said. “I knew that I could handle my airplane, there was no question in my mind about that whatsoever.”

Alexander’s team completed the mission successfully that day, and then went on another. He would go on to pilot 18 successful missions over the next several months.

Some, he said, were aboard the “Kentucky Kloudhopper.” For $22, someone painted Alexander’s vision on the side of the plane, right behind the cockpit and down the side.

“It’s a picture of a mountaineer with a beard, holding the bomb in his hand and (his other) has got a jug of corn whiskey,” he said, smiling at the memory. “That was my Kentucky Kloudhopper, I called him.”

But on his 19th mission, his plane was shot down over Germany.

Of the 11-man crew, seven survived — including Alexander, who was shot in the left leg, suffered a shrapnel wound in his finger and had his eyebrows singed off from an explosion. He also lost his shoes after parachuting, landing in his stocking feet.

He and the other survivors were taken prisoner by German forces and marched 550 miles in the cold winter months to a prison camp about 30 miles north of Munich. They were set free months later. When he was freed, Alexander had lost more than 60 pounds.

Alexander was honorably discharged with the rank of captain and earned several medals, including a Purple Heart and a Prisoner of War Medal. He was also later awarded the French Legion of Honor.

He went on to get a degree from Ohio State, thanks to the G.I. bill, and become a veterinarian in Lexington. He got married and had three children, one of whom died as a teenager.

He’s older now, hard of hearing and forced to move with a walker due to trouble with his knees. His medals and awards are displayed on the deep red wall of his living room, each lovingly framed.

One has a photo of him from World War II with a title above it: Kentucky Aviation Hall of Fame. Another holds a silver cross his aunt gave him before he left for the war.

“It’ll bring you home,” he remembers her telling him.

“And it did,” he said Tuesday afternoon. “The Germans never bothered it.”

Recognition aside, Alexander said he doesn’t consider himself a hero — even once turning down an invitation to a local event that was billed as “heroes” returning home.

The real heroes, he said, are the ones who didn’t come home.

“I said I’d come as a pilot, but not as a hero,” Alexander said. “… The boys that are buried in Germany, France, England and United States, they’re the heroes. I’m just a soldier that did the job I was sent to do.”