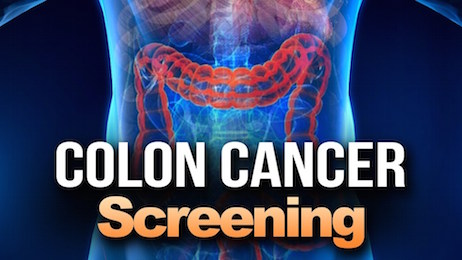 The American Cancer Society now recommends adults with an average risk of colorectal cancer begin colon and rectal cancer screenings at age 45, instead of 50. The group changed its guidelines Wednesday because studies show that younger adults are being diagnosed with colorectal cancer.

Dr. John Shekleton, a Frankfort gastroenterologist, said that he has seen an uptick in younger patients who have been diagnosed with colorectal cancer within the last five years or so. Shekleton said it is”disappointing” to see adults younger than 50 be diagnosed with colorectal cancer because they were not recommended to be screened yet. He said colon cancer is the second deadliest cancer among adults.

According to the Kentucky Cancer Consortium, the commonwealth has the highest number of colorectal cancer cases in the country. Over 2,700 Kentucky patients are diagnosed with colorectal cancer each year. In Franklin County, there are about 49 cases per 100,000 people per year, according to State Cancer Profiles.

The ACA is recommending six different tests for screenings. One is a colonoscopy. Two of the tests are a fecal immunochemical test and a guaic-based fecal occult blood test, which test stool for blood. Another kind of test is a multitarget stool DNA test, which tests stools for blood and abnormal DNA. The last two tests are a virtual colonoscopy and a flexible sigmoidoscopy, which is a test that uses a scope to view the lower rectum and colon.

“They’re not going to tell you the exact test to use,” Shekleton said. “They just want you to get tested.”

She was diagnosed with colon cancer in its early stages through a screening almost 13 years ago. Now, she is cancer-free.

“It can save your life,” Luallen said. “It certainly saved mine.”

Luallen said cancer can have devastating effects on patients and their families. She encouraged everyone to see a doctor on a regular basis and do every screening recommended to them.

Shekleton said ACA’s old guidelines recommended African-Americans get screenings at 45 due to a higher risk of colon cancer, and other demographics starting at 55. He said the ACA’s studies have shown that colorectal cancer has been increasing for the last 20 years.

Some reasons that colorectal cancer is becoming more common in younger patients is an increase in obesity and that the Western diet includes more alcohol and red meat as well as fewer fruits and vegetables. Shekleton said that having a high fiber diet, taking aspirin daily or taking calcium supplements could potentially reduce colorectal cancer risk.

Those with a family history of colorectal cancer have a higher risk of getting that type of cancer and should be screened before age 45, Shekleton said.

Many patients with colorectal cancer do not show any symptoms, Shekleton said. Some symptoms are stomach pain, rectal bleeding and anemia.

Shekleton said that only 66 percent of patients eligible for colorectal cancer screenings actually do it. Some reasons that people do not get screenings are they are concerned about the laxatives before the test, potential pain, possible complications and just not wanting to undergo a test, Shekleton said.

By McKenna Horsley
The State Journal