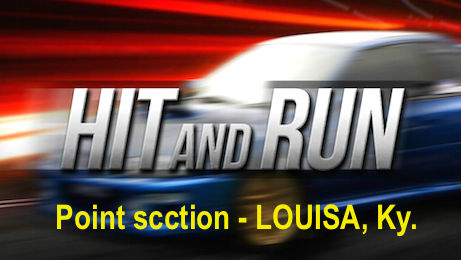 LOUISA POINT SECTION — On May 29, 2018 around 10:30 pm Lawrence County E911 received a call in reference to a hit and run collision in the Point Section area of South Hwy 3 near Louisa.

According to the caller a white Chevrolet Duelly pickup had left the
scene of a collision heading South. While en route to the collision scene Deputy Mason Keefer came upon a second collision involving the white Duelly.

Upon investigation it was learned that Ricky Locklear, 57 of
Louisa had been traveling South on Hwy 3 when he abruptly slowed down in front of a vehicle driven by a juvenile, causing a collision.

After the collision Locklear fled the scene striking the guardrail multiple times and several mailboxes before running off the roadway at the intersection of South Hwy 3 and Hwy 644. Locklear was found to be intoxicated and was transported to TRMC due to injuries sustained in the second collision.

Locklear was charged with Leaving the Scene of an Accident, Reckless Driving and Operating a motor vehicle under the influence, 2nd offense.

Deputy Keefer is in charge of the investigation.

GROWING UP IN LOUISA – Summer is Here!