IS HEPATITIS A THE NEW PLAGUE?

Is Hepatitis A the new plague?

Where is it safe to eat anymore? Over the last couple of months, we keep hearing more and more information about this outbreak of Hepatitis A. This restaurant and that restaurant, all these restaurants where multiple cases have been confirmed. We panic and we avoid that place like the plague.

So, is Hep A the new plague? 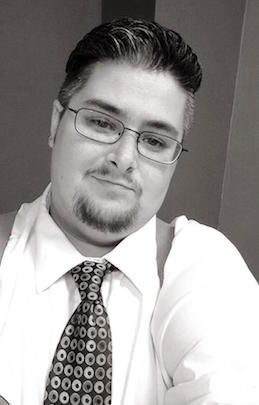 How exactly is Hep A spread? Typically, or most commonly, it is spread through fecal matter on the hands. In the cases we’ve been seeing in restaurants, it is likely through a lack of proper hand-washing, then handling food. This doesn’t necessarily mean they don’t wash their hands. Believe it or not, there is a ‘right way and a wrong way’ to wash your hands and most people don’t realize it. In our household, we teach our children to soap up and sing ‘Twinkle, Twinkle, Little Star’ twice in their heads, then repeat. It’s also necessary to scrub under the nails and to scrub your wrists. How many people actually follow a regimen like this, even in their own home?

The Hepatitis A vaccine became available in 1995 and has since cut reported cases by 95%. However, it is worth mentioning that, while it’s said to be rare, it’s more likely that it’s rarely reported.

Most children who contract the virus show no symptoms at all. In adults, the symptoms can mirror symptoms of the flu, but can also cause jaundice. There is no formal treatment for Hep A, yet most survive with no lasting effect. Only in very rare cases does it affect the liver to the point of failure.

So, honestly, what are we so afraid of?

More of the vaccine is being provided to eastern Kentucky and West Virginia and we should all take advantage to protect ourselves. However, it’s also relevant to point out that the incubation period is 28 days so, while you’re avoiding restaurants with reported cases, there’s a good chance you’ve already been exposed.

For the upcoming school year, Kentucky is now requiring all students to be vaccinated (See Lazer main page notice). But, if it were such a deadly illness, why hasn’t it been required in the last 23 years since the vaccine first became available?

It’s important to remember that the economic status of eastern Kentucky is already in turmoil. People are already struggling to pay their bills and this has certainly affected us even more. The fear-mongering going on over this outbreak is ridiculous.

When asked her opinion on the matter, Sheila Childers, a resident of Lawrence County and former waitress, stated it best when she said, “This is crazy. And if people would think about it, the restaurants that have reported cases of Hepatitis A are probably the cleanest ones around right now. They’re being watched and inspected so they’re being very careful.”

Restaurant workers already tend to struggle to pay their bills. Minimum wage for wait staff in Kentucky is only $2.13 per hour. They depend heavily on tips, but where do those tips come from when there are no customers?

One worker at Texas Roadhouse in Ashland, who asked not to be identified, said, “It’s definitely affected our employees. I really wish people would research Hep A a little more but this has really hurt.”

Waffle House in Ashland has also been affected, having a reported case themselves. Owner Bob Johnson told us, “It’s had a big negative impact. We have 90 employees and it’s impacted their hours and it’s hurt our business in general.” He told us they are starting to bounce back, but as more cases are reported at other restaurants, it puts a damper on their recovery. He does want customers to know that they invite everybody back to eat with them and will take care of them, as they always have.

However, if you’ve already been exposed at some point in your life, which you’re likely to not even realize, you already have immunity.

So, is Hep A the new plague? I think not. Go eat lunch and tip your waiter.

Cole Holder is a Lawrence County, Ky. resident who is writing about news of interest in the political, educational and other areas for thelevisalazer.com