FRANKFORT, KY (May 24, 2018)— Two resolutions recently introduced by State Representative Addia Wuchner, House District 66 (Boone) and Chair of Health, Welfare, and Family Services and adopted by the House during the 2018 Session of the Kentucky  General Assembly, in time Older Americans Month, which is celebrated in every May, may bode well for the future of Kentucky seniors. 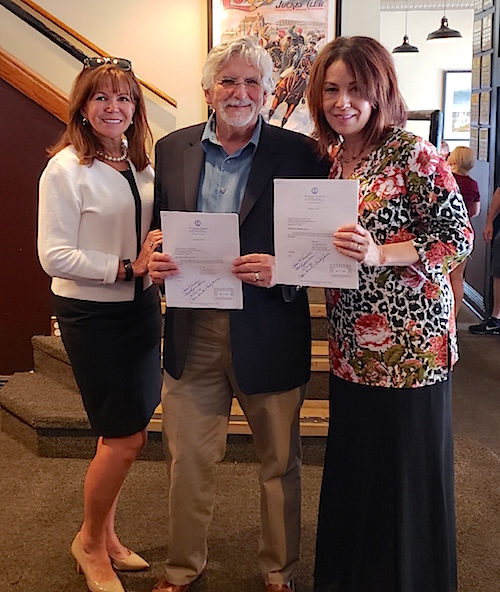 The first resolution, (HR 284) acknowledges the shift in demographics taking place not only in the Commonwealth but worldwide and recognizes the importance of working towards becoming an “age-friendly” Kentucky.  The second, (HR 283) encourages the Cabinet for Health and Family Services to explore the impact of substance abuse disorder on older adults when considering the scope of the problem.

“I am pleased to have had the opportunity to work with members of the Kentucky Institute on Aging and the Kentucky Department of Aging and Independent Living in the drafting of these resolutions,” said Rep. Wuchner. “Together, they shine a light on two issues deserving of more attention and place Kentucky in the forefront of states acknowledging the impact and issues associated with a growing aging population.”

Kentucky currently ranks sixth in the nation in percentage of its aging population. At the same time, substance abuse and misuse in older adults continues to grow. Yet the evidence of physical, social, emotional, and economic consequences of such abuse are poorly documented.

Collectively, these new resolutions call for evaluating the costs and harm of current criminal, social, and health patterns looking at current population substance abuse  and the likelihood of future trends, and the promotion of strategies for prevention in younger populations and impact on that population as it ages.  Both further encourage polices that make Kentucky cities and towns friendlier to the aging population; encourages cities and towns to take part in the age-friendly movement.

“As our population ages, as we ourselves age, it is critical we understand the issues that impact the lives of older Kentuckians,” added Wuchner. “We must continue to honor rights of every individual to be treated with dignity and respect and calls for protecting the safety and well-being of older people to live out their lives without having to make a choice between food or medication, or fear of becoming isolated or alone. Additionally, we are just have learned the devastating effects and how the opioid and substance abuse crisis has impacted the lives of parents and grandparents, more studies are now bringing to light the issue of addiction and substance abuse in our aging populations.”

The Older Americans Act (OAA), passed in 1965, established the Administration on Aging (AoA). This legislation has worked toward providing seniors and caregivers with health and nutrition programs, community service employment and elder rights protection and assisting in how we address the needs as a community  as a population ages.

Old Americans Month calls us to pause, to recognize and celebrate those who have spent decades providing for the next generation.  Our Commonwealth, our communities, and our families are a reflection of their values and their unique perspectives and collective experiences.  We continue to rely on their valuable wisdom and guidance, as we continue learning from them, we remain commit to ensuring their safety and comfort.

Issues and concerns addressed in both resolutions will be presented at the Health and Welfare Interim Joint Committee meeting in Frankfort on July 18. The committee meeting is open to the public.

In ongoing work on these resolutions, Rep. Wuchner met earlier this week with Jeff Rubin and Dee Antimisiaris, who co-chair the Age-Friendly and Substance Abuse Subcommittees of the Kentucky Institute on Aging, to discuss critical issues impacting the lives of seniors in the Commonwealth.