FBI: HOAX THREATS AGAINST SCHOOLS CAN LAND YOU IN PRISON

FBI warned, ‘Hoax threats are not a joke, so think before you post’

The FBI is warning that people who post hoax threats against schools and other public places may face felony charges, stiff fines and up to five years in prison.

The agency began a public education campaign Wednesday, saying that after public shootings, such as Santa Fe, Texas this month, law enforcement agencies often see a spike in threats made against schools and other public forums. 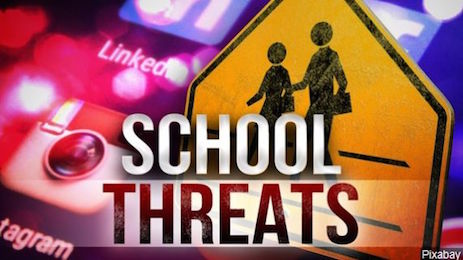 The agency estimates that “thousands” of such hoax threats are made annually, he said, though no agency collects national statistics. Many of the threats are reported to and handled by local law enforcement agencies, not the FBI.

“However, the FBI often provides resources and guidance in these investigations, and cases can result in federal prosecution,” Habich said.

The agency in March arrested two Nicholasville men, aged 18 and 19, who were indicted on felony charges related to making hoax threats. The FBI said the indictment alleged that the men in February “used Snapchat to spread false information that a third individual would attack Jessamine County schools with firearms.”

In a news release Wednesday the agency asked the public for help in curbing hoax threats — but also asked that people continue to reach out to law enforcement if they see potential threats or suspicious activity.

“If there is any reason to believe the safety of others is at risk, we ask that the public immediately reach out to their local police department by calling 911, or contact the FBI via tips.fbi.gov or at 800-CALL-FBI.

“Early intervention can prevent a situation from escalating by identifying, assessing and managing the threat,” the agency said.

But, the FBI warned, “Hoax threats are not a joke, so think before you post.”