The overall percentage of workers who tested positive for drug use remains unchanged since 2016 at 4.2 percent, but it’s higher than the 3.5 percent return in 2012. 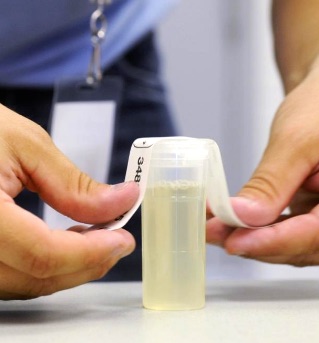 Positives for meth have increased 167 percent in the South and Midwest in the past five years, and cocaine positives have increased dramatically in some areas: there was a spike of 91 percent in Nebraska and 88 percent in Idaho from 2016 to 2017.

Marijuana positives have increased in states where recreational use of the drug has been legalized, such as Nevada, Massachusetts, and California. Those states also saw a bump in positive marijuana tests among safety-sensitive workers such as pilots and truck drivers, Zezima reports.

“The increases come as the number of workers testing positive for prescription opioids and heroin have declined, even though the opioid crisis continues to ravage the United States,” Zezima reports. “The rate of drug tests that were positive for a prescription painkiller declined by 17 percent from 2016 to 2017. Tests for a metabolite that is in heroin dropped by 11 percent from 2016 to 2017, a three-year low.” Part of that may be because Quest doesn’t test for synthetic opioids such as fentanyl, which is driving the increase in drug overdose deaths.

Barry Sample, senior director of science and technology at Quest, told Zezima: “These changing patterns and geographical variations may challenge the ability of employers to anticipate the ‘drug of choice’ for their workforce or where to best focus their drug prevention efforts to ensure a safe and healthy work environment.”

The Rural Blog is a digest of events, trends, issues, ideas and journalism from and about rural America, from the IRJCI, based at the University of Kentucky. The Institute for Rural Journalism and Community Issues is an extension program for rural journalists and news outlets. It takes no positions on issues and advocates only for strong news coverage, responsible commentary and things that make them possible, such as open-government laws. For more information see www.RuralJournalism.org.