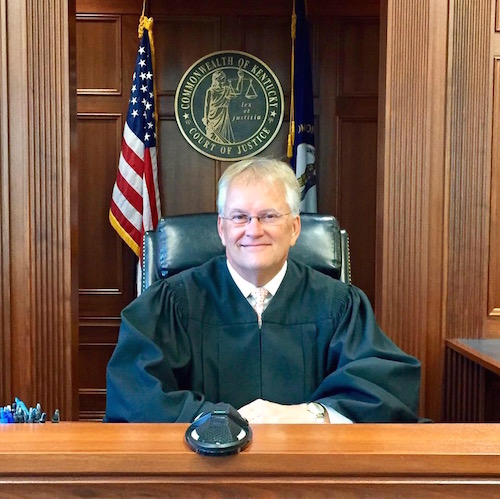 As voters head to the polls on Tuesday, May 22nd, one important race that should not be overlooked is the six-way contest for Judge of the Kentucky Court of Appeals, Seventh District, Division Two.

The top two vote getters on May 22nd will advance to the November General Election. The winner will serve through 2022 for the remaining portion of former Judge Janet Stumbo’s term. Judge Stumbo resigned early to retire at the end of 2017.

Pike Circuit Family Court Judge Larry E. Thompson, one of the six candidates vying for the job, spend the entire day Tuesday campaigning in Lawrence County. All who interacted with him came away impressed, and many pledged their support for him in the upcoming election. 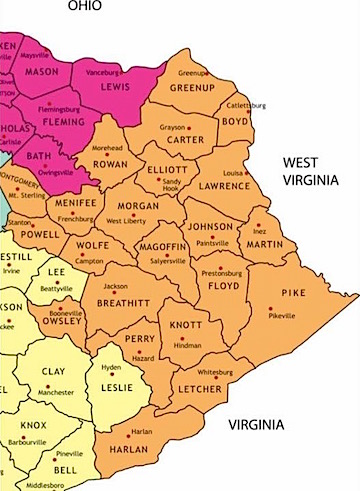 Judge Thompson began his judicial service in 1995, when he was appointed Pike District Judge. Four years later, Judge Thompson moved up to the circuit bench when he was overwhelmingly elected Pike Family Court Circuit Judge in 1999. He has been unopposed in all subsequent elections for the office he currently holds. Judge Thompson is one of the longest serving family court judges in the Commonwealth of Kentucky.

“Throughout my 22 years as a judge, I have tried to treat everyone who has appeared in my court fairly and equally, and I have attempted to administer one of Kentucky’s busiest caseloads with efficiency and dedication,” Thompson said. 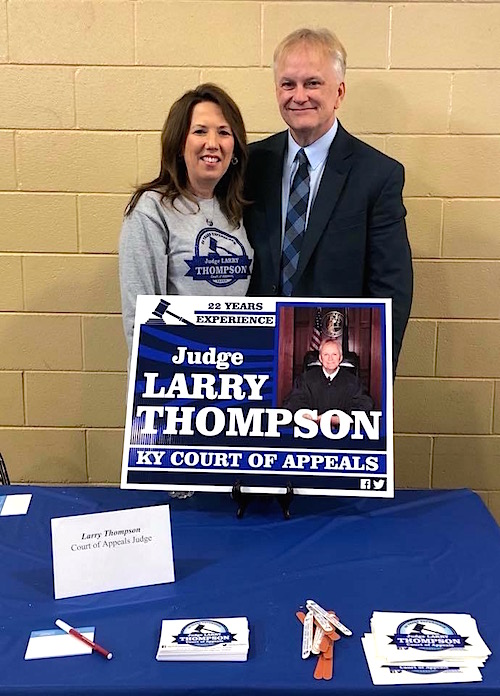 Judge Thompson resides in Pikeville, with his wife, Kelli. He has a daughter, Larrin Thompson, and a stepdaughter, Taryn Cantrell.

Earlier in the spring, Thompson made good on a pledge he made when he announced his candidacy that he would visit all 22 counties in the Seventh Appellate District.

“I’ve been to every county at least once and most many more times than that, and I look forward to keep coming back because I never get tired of getting out amongst my fellow Eastern Kentuckians,” Thompson.

Lawrence County Attorney Mike Hogan said he had practiced before Thompson in the Pike Circuit Family Court and that no judge in Kentucky was more respected or devoted to fairness.

“Judge Larry Thompson is as good a judge as we have on the bench in Kentucky and we need to elevate him to the Court of Appeals,” Hogan said.

“It will be a great honor to serve on the Court of Appeals if the people see fit to put me there, and I will devote my full energies to the job,” said Thompson.