Betting on sports has happened for years in Kentucky, Gov. Matt Bevin acknowledged Tuesday. But what this week’s U.S. Supreme Court ruling on sports betting means for the commonwealth is another question. 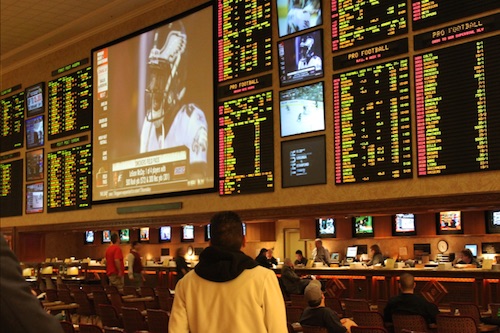 The High Court ruled that states should be allowed to decide for themselves whether to allow sports betting, opening the door for the Bluegrass State – and local companies such as Churchill Downs – to get in on the action.

While Bevin has spoken out against gambling in the past, he said he was open to hearing what proposals state lawmakers may put forward.

“Whether this ultimately results in any change for Kentucky is something that will be determined by our legislature and in a future legislative session,” the governor told reporters. “… Sports betting has happened since the dawn of time. People have always done it. It’s done – heck, we just came off a weekend in which it happened to a pretty prolific rate here in Kentucky. So ultimately, what it means to us as a state policy-wise, it’s way too early to tell.”

Bevin has made it clear in the past that he is against casinos and gaming, and expecting those services to significantly boost the state’s economy is a “sucker’s bet.”

He stood by those remarks Tuesday, pointing at Atlantic City as an example of a place where the financial reward of casino gaming has fallen short of expectations or even hurt a local economy.

But Bevin stopped short of saying he is against gambling on sports, saying that individual states should have the right to legalize the activity if they choose. Monday’s ruling is “a great win for states’ rights,” he told reporters.

“There were many states that were party to that suit, including this one, simply because it was a question not so much about betting but whether or not the federal government has the right to pick winners and losers among states and to say that one state has the sovereignty to do something and another does not,” Bevin said.

But the governor is in no rush to legalize gambling. Bevin said he expects state lawmakers to form committees to research the subject, including how it has impacted other states that have legalized sports betting, and how the move could potentially help Kentucky.

“We are so far ahead of ourselves trying to presume what a bill might look like,” Bevin said. “I think it would be wise of us simply to just wait and see what might come up in the next legislative session, and we’ll respond to things accordingly.”