SHEPHERD ‘BRILLIANT’ AS HE LEADS PAWTUCKET TO SHUTOUT VICTORY

PAWTUCKET, RI — Louisa native Chandler Shepherd was brilliant as he powered the PawSox to a 2-0 win over the Scranton/Wilkes-Barre RailRiders on Saturday night on Evil Empire Weekend at McCoy Stadium Saturday evening. 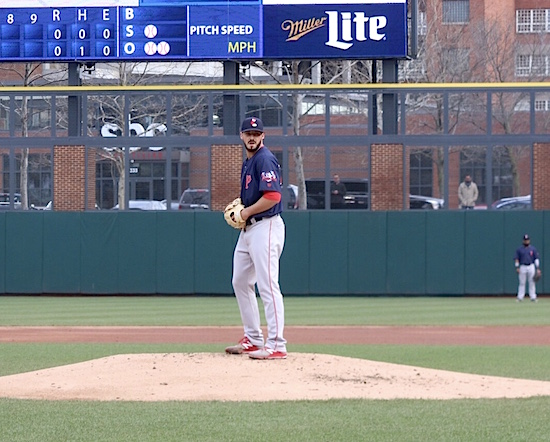 The Paw Sox were wearing their Osos Polares jerseys on Cinco De Mayo and improved to 14-12. The RailRiders suffer the loss and falls to 13-15 on the year.

Shepherd continues his evolution from a reliever to a starter and picked up his first victory of the year in his fifth start of the season.

The 25-year old right-hander struck out five, only allowing five baserunners on the night, 4 hits, HBP and retired 12 of the final 13 batters he faced.

The former Kentucky Wildcat and Lawrence Co. Bulldog had allowed at least three runs in each of his first four starts but cruised Saturday, not walking a batter for the first time this season.