PHIL CARTER: LAWRENCE COUNTY MUST “DO BETTER TO BE BETTER”

Two weeks ago The Lazer staff put out an open question to ALL seven candidates for Lawrence Co. Judge/Exec. about what their ideas are for economic development, if elected.

GOP candidate Charley France II has been the only candidate to answer —  until today. Veteran politician and former judge/executive Phillip “Phil Carter sent his answer (with photos!) and here it is… 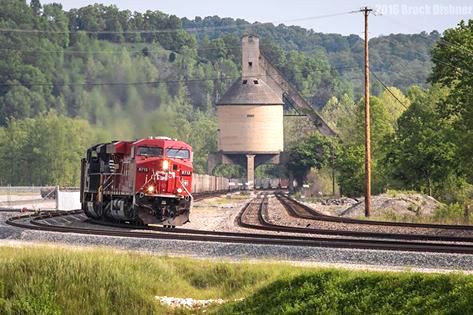 …says current road conditions and lack of jobs is ‘unacceptable’

Former County Judge/Executive Phil Carter is a man on a mission to turn Lawrence County around and enable the county to enjoy the kind of economic successes that nearby communities such as Greenup, Kentucky, and Prichard, West Virginia are experiencing. 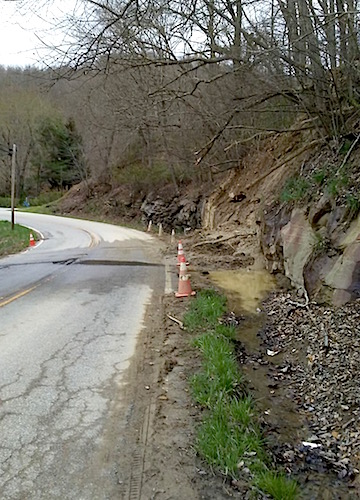 “The days of our county leadership just sitting around shrugging their shoulders and saying ‘we ain’t got no money’ has got to end—Lawrence County must do better to be better!” Carter said.

Carter said his priorities for Lawrence County were better roads and expanded economic development opportunities focusing on tourism and technology.

Carter pointed to the many crumbling and dangerous county-maintained roads in Lawrence County as examples of the lack of leadership. 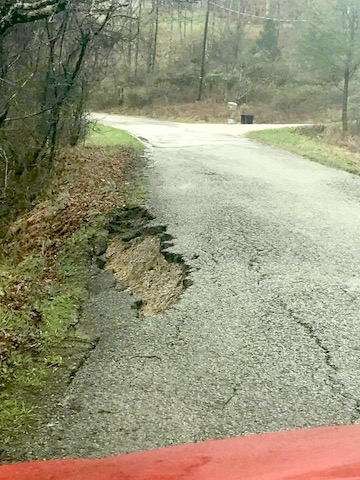 “As someone with experience in construction and road building, I know how to get the job done without spending a lot of money,” said Carter.

Carter said that when he previously served as county judge/executive from 2003-2007, he maintained over 700 miles of county roads, and blacktopped several hundred miles by utilizing county employees and county-owned equipment, while cutting the cost in half.

“I raised the elevation of roads to get families out of flood waters, built bridges and installed drainage, ditched and graveled, and moved dirt roads to gravel and gravel roads to blacktop,” said Carter.

Carter’s vision for economic development through tourism expansion includes identifying a private developer for the construction of a lodge built on county-owned land near the privately-owned Eagle Ridge Golf Course as well as building an access road from the main marina on Yatesville Lake to the Lawrence County Park, providing easy access to 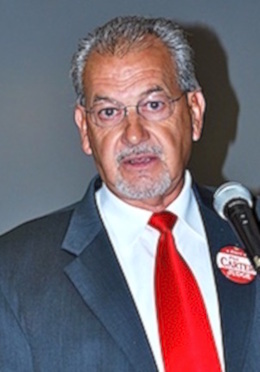 the campground and golf course. Carter also wants to add a hiking trail and bike trail that will further enhance the recreational opportunities currently available.

Carter also pointed to his record of keeping Lawrence County clean by enforcing sound garbage collection and waste disposal ordinances, including cracking down on illegal dumping. In Carter’s past tenure as judge, Lawrence County received $82,000 in Super Grant funds to successfully clean up one extremely unsightly large dump.

“We’ll never have the kind of county we all want for our children and grandchildren if we don’t keep it clean and continuously work together to make it the best place it can be,” said Carter.

Carter said he would also soon be announcing further goals related to job expansion and economic development through technology in the coming days.

The Primary Election for all county offices in Lawrence County will be held on Tuesday, May 22nd.

(…story submitted by Phil Carter for Lawrence Co. Judge/Executive. He has requested that there be no comments on this page.)