GAS MAY EXTRACT A PRICE FROM WEST VIRGINIA, AS COAL DID 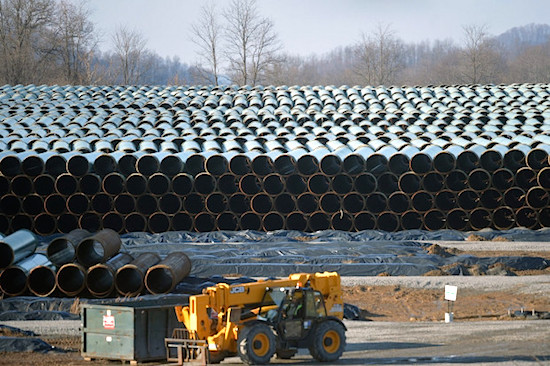 “Today, West Virginia’s headlong race into the gas rush is taking the state down the same path that it’s been on for generations with coal,” Ward reports. “Elected officials have sided with natural-gas companies on tax proposals and property-rights legislation. Industry lobbyists have convinced regulators to soften new rules aimed at protecting residents and their communities from drilling damage.”

For example, Gov. Jim Justice proposed solving the recent teacher strike by increasing taxes on the state’s booming gas industry. But industry lobbyists criticized the idea and it quickly lost steam. It’s not the first time West Virginia politicians have passed on harnessing an industry for the state’s good. In 1953 then-Gov. William Marland proposed a new tax on coal to upgrade schools and roads, but it failed after heavy criticism, Ward reports.

Failing to tax gas is doubly shortsighted if the industry causes as many health and environmental problems as coal has, Ward reports in another story. “Hopefully, the stories about this crossroads in our state will shine some light on how West Virginia can learn from our past,” he writes.