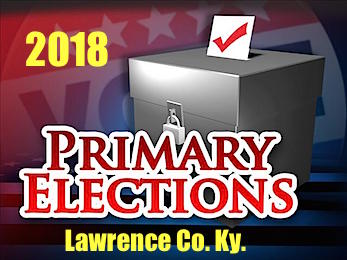 3 sign up to run for Coroner, Wilson not one of them; Hinkle running for state rep

LOUISA, Ky. — The clock has run out on registering to run for public office in the May 22, 2018 Primary and after a slow start several new candidates have signed up.

In the 96th District State Representative’s race four candidates, two on the last day, have filed to seek the position now held by Jill York (R-Grayson).

Other candidates include Brandon Music, a Democrat attorney from Grayson, Ky. and Charles “Chuck” Clark, a Grayson Republican. That’s two in each party which always makes for a lively Primary election in Ky.

A race has cropped up for the 2nd division District Judge’s position being vacated the retiring John Holbrook. Howe Baker, of Hagerhill, Ky will face off against David Brett Butcher of Paintsville in the three county (Lawrence, Martin, Johnson) non partisan race.

Anthony “Tony” Skeans, longtime assistant to Anna Melvin in the 24th district Commonwealth’s Attorney office is the main man now after no attorney stepped up to register.

In the 5th District U.S. Representative election there are four candidates including veteran Harold “Hal” Rogers who has served multiple terms in the position. In addition to Rogers (R-Somerset) are Republican – Gerardo Serrano, South Tyner, Ky. and Democrats Kenneth Stepp, of Manchester, Ky. and Scott Sykes, of Elkhorn, Ky.

In Lawrence County, several new candidates have signed up on the last day especially for magistrate positions.

The complete final list compiled by Crystal Osborne below. 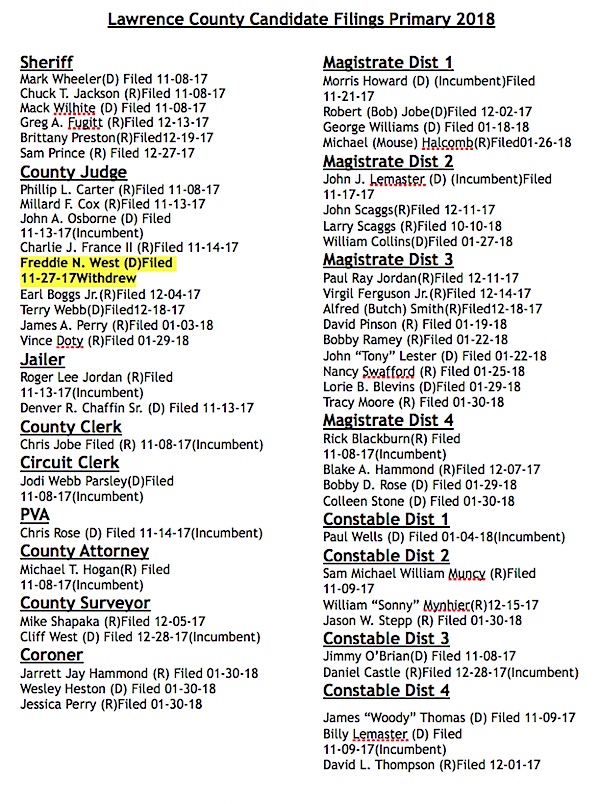