Michael Pennington and Lloyd Brown both of KY, were arrested in KY for Felony Meth possession.

Jennifer Akers of Fort Gay was arrested in Fort Gay and charged with Possession with Intent to Deliver and Pseudoephedrine Altered.

Casi Daniels of Huntington was arrested in the Rt 75 area and charged with Delivery of a Controlled Substance and Possession with Intent to Deliver.

Lloyd Brown was also indicted earlier this month (April) in Lawrence County on Trafficking within 1,000 feet of a school and other meth related charges. 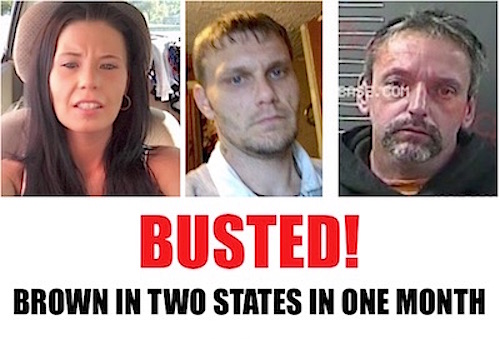