LAWRENCE JAILBREAK DURING COURT TRANSPORT, ONE CAUGHT THE OTHER STILL LOOSE 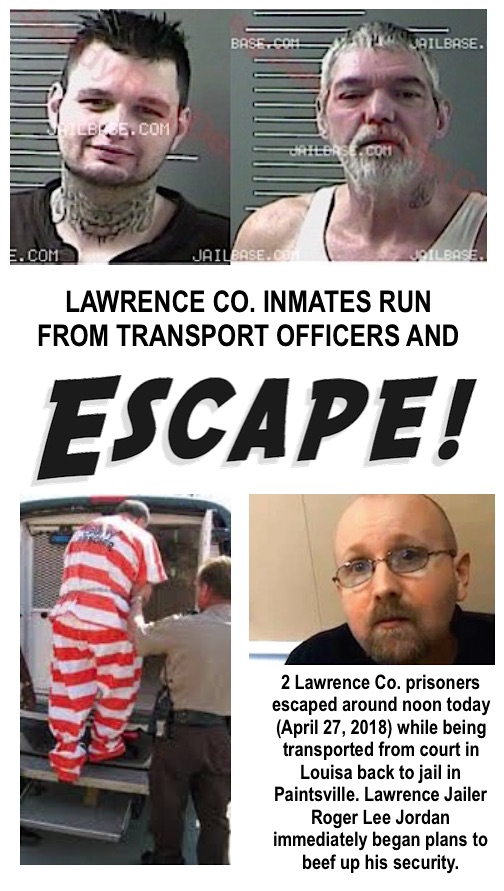 According to a source close to the incident, one of the inmates opened a window and stuck his arm outside to open the door. Transport vans or vehicles only open from the outside.

The two men ran towards the hills while officer Charlie France was stopped at the light.

Both inmates took off on the run according to Johnson County Sheriff Dwayne Price. Meeks, the older of the two, was caught shortly after his escape at approximately 3:00pm. Meeks was booked on January 12th for 1st Degree Robbery, Fleeing or Evading, Reckless Driving and Wanton Endangerment, 1st Degree- Police Officer

Price said that his deputies along with the help of Kentucky State Police are looking for the remaining inmate at this time:   3:00pm. April 27, 2018

Harless is to be considered ‘dangerous” police said.

GROWING UP IN LOUISA ...FREE GIFTS!