KENTUCKY LAWMAKERS OVERRIDE GOVERNOR’S VETOES AS TEACHERS WATCH FROM THE GALLERY, PROTEST OUTSIDE 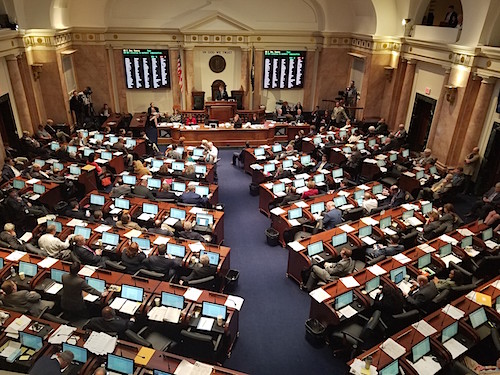 The Kentucky General Assembly overrode three major vetoes from Gov. Matt Bevin on Friday when thousands of teachers again made their presence felt in the Capitol, showing up to call for more money for education and protesting changes to their pension plan.

Lawmakers overturned vetoes on a revenue and tax measure that raises $487 million in new revenues to fund a budget that increases funding for public schools and restores funding for school bus transportation. They did so as teachers in red-clad t-shirts watched closely from the gallery.

Bevin says the budget is imbalanced and overestimates revenues in explaining his vetoes.

The override of House Bill 366 led to a second override of Bevin’s veto of the budget. Lastly, lawmakers overrode the governor’s veto of a bill that phases in increases in pension contributions by local governments and school districts. 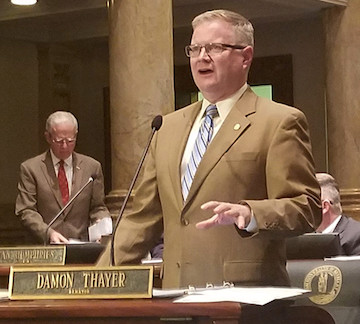 In the Senate, Majority Floor Leader Damon Thayer, R-Georgetown, said HB 366 will generate nearly a half of billion dollars in additional money for the state over the next two fiscal years.

“What this bill does is what Republicans have talked about for many years on tax reform,” he said. “It lowers the rates and increases the base – moving away from taxes on production and moving to taxes on consumption.”

Thayer said that has been part of a winning formula for Florida, Texas, Indiana and Tennessee. He said HB 366 would move Kentucky from 33rd in business competitiveness to 18th.

“When we become more competitive, we create more jobs,” Thayer said. “We then create more taxpayers with more money going into the coffers to pay for things like education.”

“What this tax bill really does is raise $436 million in taxes from the people who can least afford to pay more,” he said.

During House debate of HB 366, Minority Leader Rocky Adkins, D-Sandy Hook, also spoke against the veto override. “This bill is not tax reform. This bill is a tax shift. And it’s a tax shift from the wealthy and the corporations to those least able to pay,” he said.

Among the representatives who voted to override the veto of HB 366 was Jason Nemes, R-Louisville.

Later in his speech, he said, “Are you with public educators or are you not?”

The override vote on the budget, House Bill 200, wasn’t close. The vote was 66-28 in the House and 26-12 in the Senate. The budget bill includes 6.25 percent baseline cuts for most state agencies although some were spared.

“House Bill 200 ensures we fully fund the Department of Veterans’ Affairs, that we fully fund the Kentucky State Police, that we ensure the request for new cruisers and rifles for the Kentucky State Police is fully funded,” said Senate Appropriations and Revenue Committee Chairman Christian McDaniel, R-Taylor Mill. “House Bill 200 makes sure the commonwealth will not open and does not allocate money for private prisons.”

McDaniel said HB 200 would boost base per-pupil funding for K-12 education to a record level of $4,000 per student in each fiscal year while providing money for school buses. HB 200 also includes more than $60 million in new revenue to help implement proposed adoption and foster care reforms, he said, adding additional money for social workers and prosecutors is also included.

“It makes sure we fully fund the request of the Kentucky Teachers’ Retirement System for a full pension contribution,” McDaniel said. “I could go on and on, but we’ve all had nearly two weeks to go through House Bill 200 to know what it is about.” 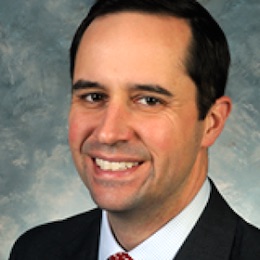 One of the representatives who voted to uphold the governor’s veto was Jim Wayne, D-Louisville, who said the General Assembly had a chance to do better.

“We need to take this budget, and defeat it –support the veto—and then together … work on a common vision, shared high values, reaching out for the very best of who we are and what our people are,” he said.

The General Assembly also overrode a veto of House Bill 362, a measure designed to give some county governments, municipalities and school districts relief from soaring pension costs this year. The House voted 94-2 to override while the Senate voted 34-4.

Bevin said in his veto message that he objected only to the buy-out provisions and not the phase-in relief.

“I am concerned that the buy-out provisions will be viewed as ‘credit negative’ by rating agencies if not changed,” he said. “According to the actuarial analysis of the bill, requiring the KRS to finance the ceasing employers’ annual installments with a 0% interest rate is a significant benefit to those withdrawing employers, and could potentially be a $2 billion subsidy that must be financed by the remaining employers in the system.”

The measure, sometimes referred to as a “rate-collar,” will provide the pension relief government entities desperately needed to phase in, over a maximum of 10 years, the full increase in rates passed by the Kentucky Retirement System board last December.