Bevin: ‘Pension and budget bills do not solve problems; both will be vetoed’

Speaking at a news conference Monday morning, Gov. Matt Bevin said he would veto the pension and budget bills passed last week by the General Assembly. 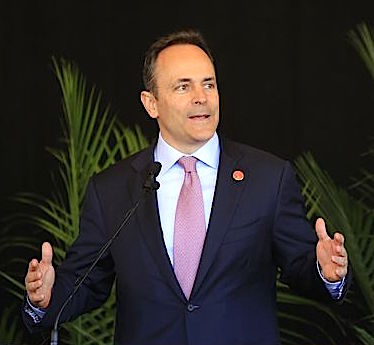 “Good things are in that pension bill,” he said, “but we’ve not solved the pension problem.” He also criticized the budget bill saying it would leave the state vulnerable by spending all of the state’s $250 million emergency funding.

He took many lawmakers to task saying although they are intelligent people, they don’t understand finance or how pension plans work.

Reporters ask Bevin if he considered using his line-item veto power to eliminate portions of the bills he didn’t like instead of vetoing the entire bills. He said no. Both need substantial reworking he said, although he added that both contained some good things — just not enough.

Where does the situation go from here? Bevin said that was up to the General Assembly to figure out. He he said there is adequate time to address the issues.

Gov. Matt Bevin says he will veto both the tax reform and budget bills

“They came up short,” Bevin said of the legislation he plans to veto. “They didn’t address things that need to be addressed.”

Bevin did not say whether or not he will veto the pension reform bill, but he said it doesn’t solve the fiscal crisis and more work must be done.

The state is required to pass a balanced budget, Bevin said, but the plan the legislature OK’d this month includes miscalculations. He also criticized the current budget proposal for including around $600 million more in spending than the one he recommended and for lacking sufficient emergency funding.

“No state is wise … to operate with nothing in reserve,” he said.

Legislators estimated the tax bill they approved a week ago would raise $487 million in additional revenue during the 2018-20 budget period. That revenue was critical in providing the money needed for lawmakers to pass a budget bill that avoided deep cuts to public schools and other parts of state government — cuts proposed by Bevin last January.

On Friday, Bevin administration Budget Director John Chilton said in a letter to the governor that the revenue projection for the tax bill is wrong, anticipating at least $50 million more than will be realized.

Bevin commended the legislature Monday for trying to improve the state’s “antiquated” tax structure, but those reforms must be more comprehensive, he said.

He said he has been hearing from constituents concerned by the budget and by the changes the legislature approved to the tax code. He cautioned that these changes could deter businesses from investing in the commonwealth.

The governor also indicated many legislators lack a good understanding of the tax and pension reform issues.

Bevin praised the legislature for passing a pension reform bill this year but said it “doesn’t even come close” to solving the crisis Kentucky faces.

“Don’t let anyone delude you into thinking that we have now solved the pension problem,” he said. “We have not.”

Despite his misgivings and his plans to veto the legislature’s complex and controversial budget and tax reform bills, Bevin expressed confidence in the state government’s ability to resolve these issues even as the end of the 2018 lawmaking session looms.

“We have time to work, and we’ll work on this together and we’ll get this done,” he promised. 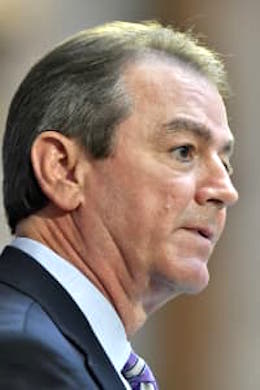 House Speaker Pro Tem David Osborne, R-Prospect said he has to wait to see what any discussions with Bevin might produce and review any veto messages from Bevin before saying whether the House would override any vetoes.

“But certainly we’d be prepared to override anything,” Osborne said. “We’re not eager to create any animosity toward the governor, but the House has a strong commitment to legislative independence.”

Majority leaders of the House and Senate said in interviews on Tuesday they expect the General Assembly would override Bevin vetoes of the tax and budget bills.

House Majority Leader Jonathan Shell, R-Lancaster, said he did not know what Bevin was talking about in his general criticism of the budget and tax bills.

Lawmakers recessed Monday night and are scheduled to reconvene for the session’s final two days on April 13 and 14.

They may act on a few remaining bills on April 13 and will consider any vetoes on the final day.

Leaders in the GOP controlled Ky. Legislature said Friday they are prepared to attempt such action.