Oak Hill, W. Va. — Tolsia High School Baseball swept a doubleheader from Oak Hill and Midland Trail on Saturday afternoon and moved their record to 5-3 on the year. 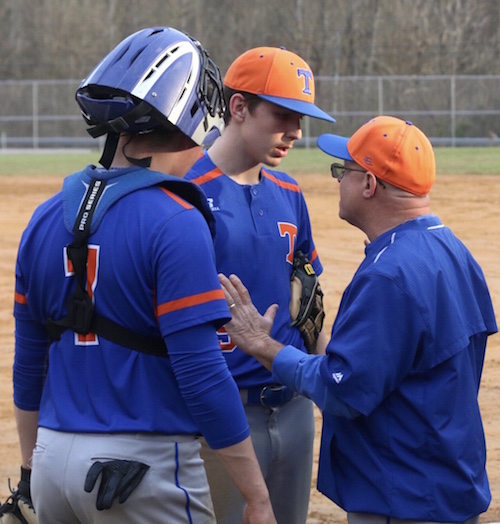 Eric Williams and Brandon Mollett combined to scatter four hits and the Rebels scored 10 runs in the top the first and cruised to the victory over the home standing Red Devils.

In the second game of the day the Rebels won a close one over the Patriots as Billy Perry picked up his first career win pitching in relief of Austin Bailey who left the game because of injury. Jared Switzer got the save.

Tolsia is on spring break this week but the Rebel baseball team will be busy on the diamond with a host of games.

The Rebels will host Mingo Central on Monday, travel to Huntington St. Joe Tuesday, will play at Richwood Wednesday and Thursday and then host West Carter on Friday at 1:00 for a doubleheader.

“… Again when we commit 2 errors or less we are undefeated on the year. The second game against Midland Trail we committed 5 errors and made the game closer than it should have been.”