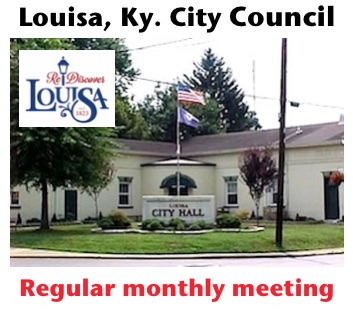 After the meeting was called to order, the Mayor asked for the Council to pray for the wife of Eldred Adams, Michal. She has been critically ill and in need of prayer and healing.

In further action the council:

*  Motion by Tom Parsons, second by Mitch Castle to approve the minutes of the February 20, 2018 meeting

*  Motion by John Nolan, second by Tom Parsons to approve the first reading of the ordinance 2017-03IA “Amendment to Ordinance Establishing the Annual Budget for FYJuly 1, 2017 to June 30, 2018 for the city of Louisa, Kentucky. There were no actual amounts mentioned.

*  Motion by Mitch Castle, second by John Nolan to approve the first reading of the Ordinance 2017-04-1A “Amendment of Ordinance Establishing the Budget for the Louisa Utilities Board July1, 2017 to June 30, 2018. There were no amounts mentioned. (City officials have not yet responded to a Lazer question about the budget amounts and also the amount the city has collected in liquor taxes).

*  Motion by Ron Cordle, second by Mitch Castle to approve Resolution to support development of the Levisa River as a water trail.

*  Motion by Tom Parsons, second by Ron Cordle to approve the agreement with Ky Engineering for professional services for the downtown water system rehab project. No cost given.

*  The bank signature card was updated with the addition of Kathy Compton, City Clerk.

After a discussion the Committee approved the use of the garbage truck and its services for Louisa’s participation in the Yatesville Clean up day.

Meeting was then adjourned. 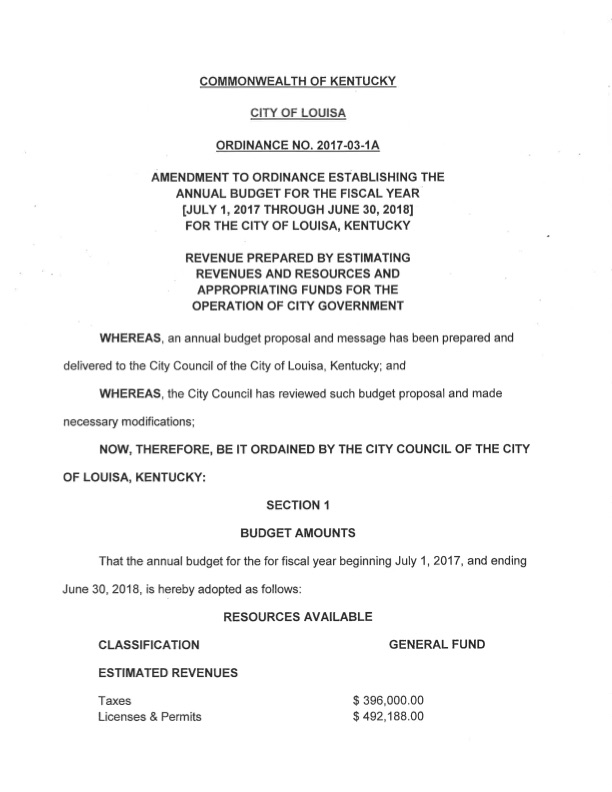 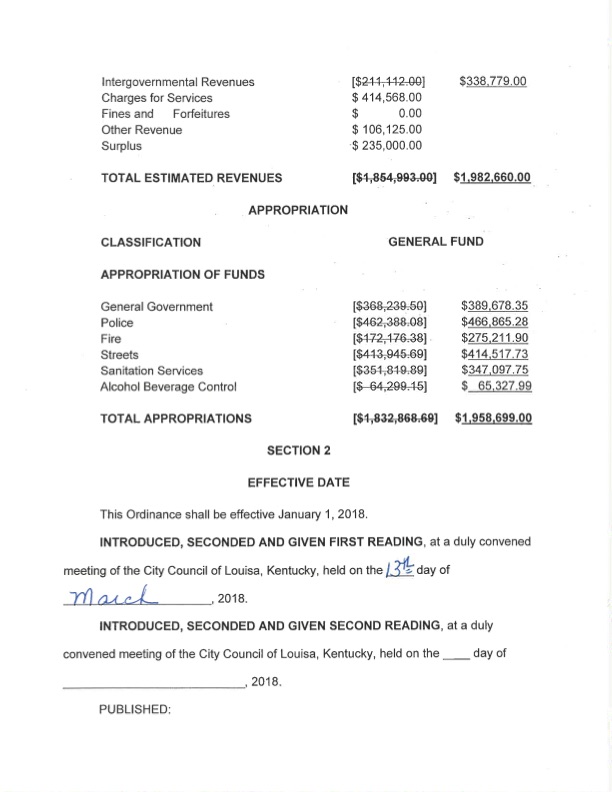 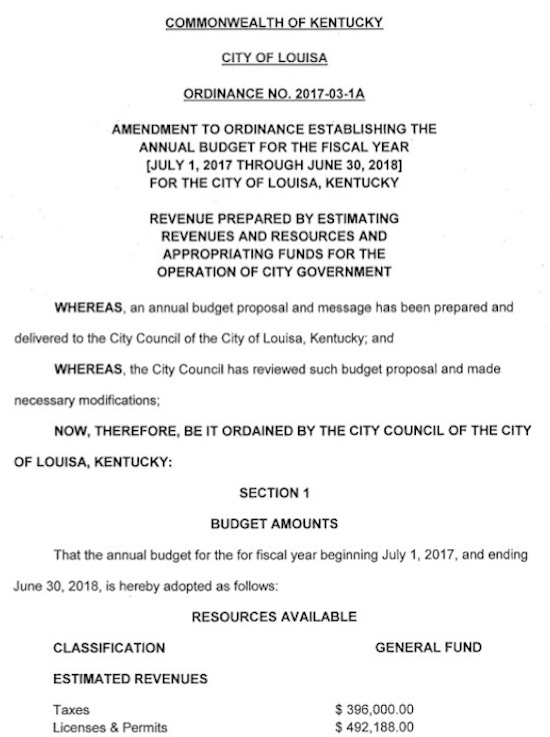 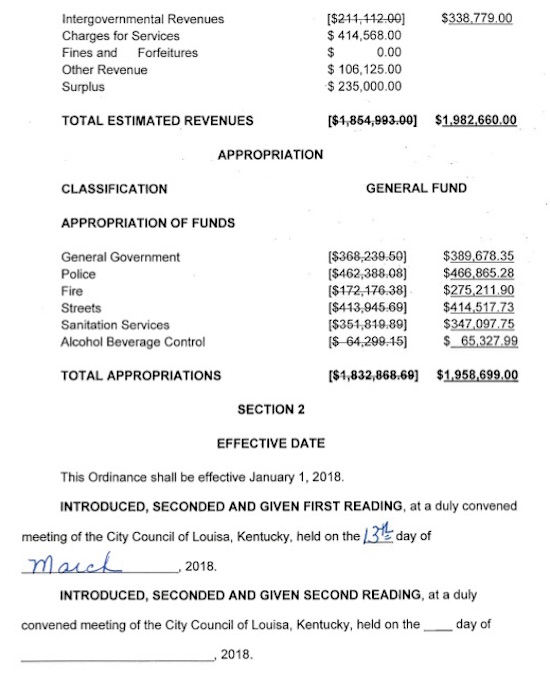