This Week at the State Capitol March 12-16 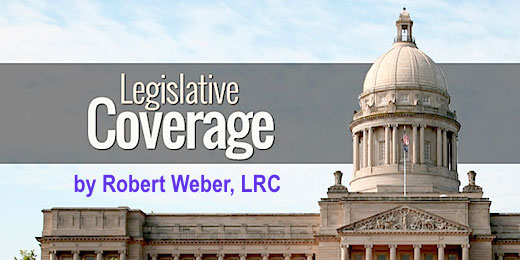 FRANKFORT — The first piece of legislation to pass a legislative chamber this week dealt with making playground equipment accessible to all children. One of the final bills of the week to advance through a chamber focused on the mental health of students. In between, lawmakers cast votes on a range of topics including bike safety, health care, prayer, and teen marriage.

It was a particularly busy week at the State Capitol as lawmakers moved into the home stretch of the General Assembly’s 2018 session. There are now eight legislative days until final adjournment. For a bill moving through the process to have a chance to be signed into law, it must pass the Senate and House by the session’s final day, which is scheduled for April 13. 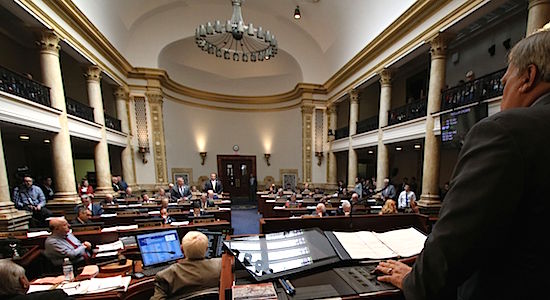 Legislation that moved closer to becoming law this week included measures on the following topics.

Felons. Senate Bill 210 would increase penalties against convicted felons for possessing a firearm while committing certain crimes. The measure was approved by the Senate on Wednesday and has been sent to the House for consideration.

Criminal gangs. House Bill 169 would increase penalties for those recruiting others into criminal gangs. The bill, which would make such recruiting a crime, is intended to target the threat posed by gangs that deal in illegal drugs, weapons, human trafficking and other criminal behavior. The legislation was approved by the House on Thursday and has been sent to the Senate.

Playgrounds. House Resolution 191 encourages local governments and public agencies that provide playgrounds to offer play equipment that can be enjoyed by all children regardless of their physical or mental abilities. The resolution was approved by the House on Monday.

Mental health. House Bill 604 would require school districts to employ at least one mental health professional for each 1,500 students. The bill passed the House on Friday and has been sent to the Senate.

Prayer. House Bill 40 would designate the last Wednesday in September of each year as “A Day of Prayer for Kentucky’s Students.” This measure would enshrine in statute a day that has already been observed by some students in recent years. Under the bill, students would be encouraged to pray, meditate, or reflect “in accordance to their own faith and consciences” on the prayer day. They would also be allowed to participate in a student-initiated event before the start of the school day. The bill was approved by the House on Thursday and has been sent to the Senate.

Child Protection. Senate Bill 137 would help in the prosecution of child molesters by allowing out-of-court statements from children who have been sexual abused to be admissible in court, under certain circumstances. The measure was approved by the Senate on Wednesday and has been sent to the House for further action.

Bicycle-safety. House Bill 33 would require drivers to keep vehicles at least three feet away from bicyclists during an attempt to pass. If that much space isn’t available, the driver must use “reasonable caution” when passing cyclists. The bill has been passed by both chambers and is ready to go to the governor so that he can consider signing it into law.

Teen marriage. Senate Bill 48 has received approved by both legislative chambers and now goes to the governor’s desk. If signed into law, the measure would prohibit anyone under the age of 17 from getting married. It would also require a district judge to approve the marriage of any 17-year-old. While current law states 16- and 17-year-olds can be married with parental consent, a district judge can approve the marriage of a child below the age of 16 if the girl is pregnant.

The big issue expected to command much attention in the days ahead is consideration of the state budget proposal, which has already been approved in the House and now awaits Senate action.

Citizens who want to weigh in on the state’s spending priorities or any other matters can share thoughts with Kentucky lawmakers by calling the General Assembly’s toll-free message line at (800) 372-7181.