The meeting began with the traditional prayer, Pledge of Allegiance and reciting of the Four Way Test.

*  Schools Supt Dr. Robbie Fletcher thanked local city and county officials and law enforcement for their help with the protection of our children with the city and county police presence at all 6 schools. He thanked them for their service, and mentioned that it was at no cost to the school board at this time. He said that they were looking into hiring or contracting security guards next school year.

*  Catrina Vargo reminded the club about the upcoming classes at Sullivan University.

*  The Louisa Rotary Club will be sponsoring the Lake cleanup in April. 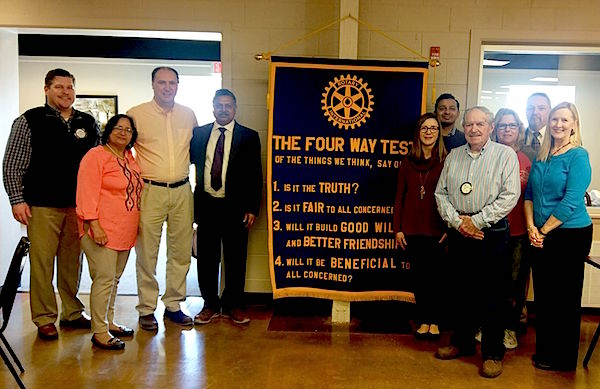 This was a special meeting as Rotarian Dr. Akshay Goel, MD brought his parents from India (Father) Kamal Goel, MD, (mother) Raksha Goel, MD. along with his wife, Dawn Goel, MD., a professor at Marshall University.

Just for this special day, the lunch was Indian cuisine to honor his family and their culture. The meeting was as rare as it was special having the opportunity to hear how an international Rotary Club does the same thing essentially that our Louisa club does right here in small town USA. 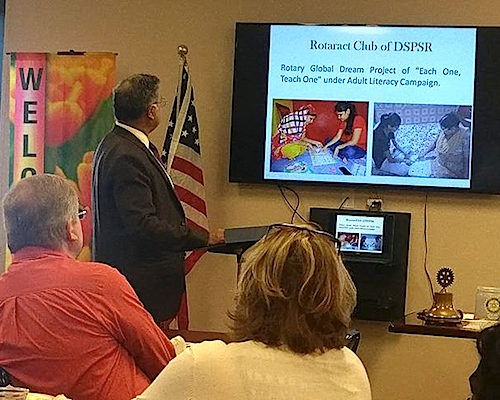 Mr. Kamal Goel, MD is a retired orthopedic and general surgeon that practiced in India. Now that he is retired, he spends his time as a financial consultant and a Rotarian. He spoke on how their club was a 100% Paul Harris Fellow club.

Dr. Goel presented a slide show on the different activities that the Rotarians were involved with in India. He stated, “the only difference is they do not do fundraising, money comes from the members.” 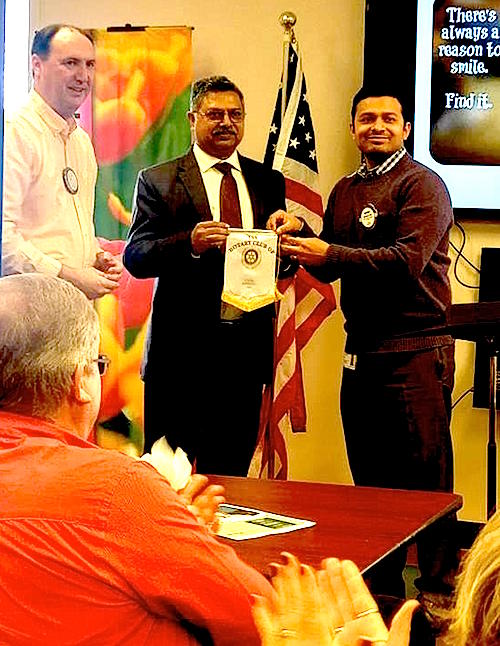 He also said that India, because of The Rotary Foundation, is 100% polio free.

After the presentation, Louisa Rotary President Chris Jobe and Goel’s son, Dr. Akshay Goel presented him with a Louisa Rotary Club ribbon to present to his club back in India.

With that, the meeting was adjourned for the week.

LAWRENCE CO. TEACHERS AND STAFF TO SHOW UNITY AND THANKS AT BOE MEETING