FRANKFORT – Gov. Matt Bevin sent a letter to President Donald Trump on Friday requesting a Presidential Disaster Declaration for 22 eastern Kentucky counties that were impacted during a severe flooding event last month. The flooding caused over $18 million in damages to highways, bridges and local infrastructure. 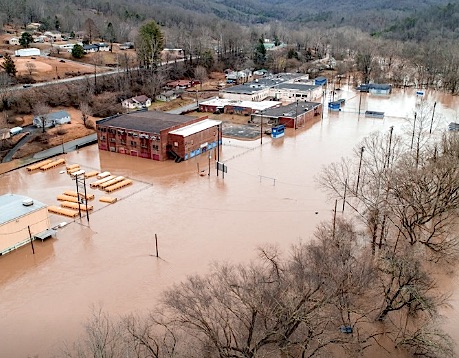 “The requested Presidential Disaster Declaration will provide eastern Kentucky counties with federal assistance to repair local infrastructure damaged by the recent heavy rainfall,” Bevin said in a statement. “These counties were negatively impacted by flooding, mudslides and landslides and are in need of assistance from all levels for local recovery efforts. I am grateful for the continued work of local officials and Kentucky Emergency Management (KYEM) to assist the impacted counties in gathering the documentation needed to submit the Presidential Declaration request.”

“…We’re grateful for the help from the State of Kentucky, Kentucky Emergency Management and FEMA over the past month. Lawrence County has declared and requested assistance for both flooding events in February. Lawrence County received around $1.5 million dollars in damage to city, county and state infrastructure in the first event. Early estimates from the second event put damages close to another $1 million dollars. Hopefully we’ll receive a Presidential Declaration for both events….

“…We’re also still waiting to hear the damage total from this week’s snow event. The county is likely to have received enough local damage to be eligible for assistance but it doesn’t appear that the state will meet their threshold to be able to request that assistance for us….

“…We ask the public to be patient while awaiting these repairs to the infrastructure due to the fact that he governmental agencies are required to perform the work and the. Be reimbursed from FEMA. Due to the amount of large repairs this will likely take several months to complete and we still have the spring severe storm and flood season to go.”

The state has been granted 19 federally declared disasters as a result of severe weather and flooding events since 2009. Kentucky is one of only 12 states in the country to qualify for enhanced assistance due to the frequency of disaster events.