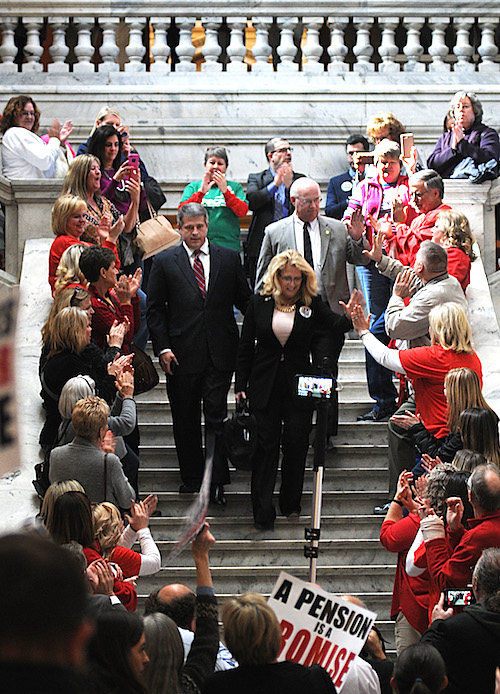 The people came to the Capitol today to show their opposition to Senate Bill 1, the Pension Reform Bill. The Senate Democratic Caucus stood with teachers, school employees, public employees and retirees.

The bill did not get a vote on the floor and has been recommitted to committee. The people’s voices are being heard. Democracy in action.

Above, Senate Democratic Floor Leader Ray S. Jones II, D-Pikeville, and other members of the Kentucky Democratic Caucus, went down to talk to protesters and show support.