DANIEL CAMERON: Kentucky’s criminal justice system is broken; but we can fix it with proven reforms

COMMONWEALTH MAY BE FORCED TO RELEASE PRISONERS EARLY

In May of next year, Ken­tucky will run out of prison space, and without substantive changes, the Commonwealth may be forced to release prisoners early.

How did we get here?

Even before the U.S. De­part­ment of Justice released these newest statistics just a few weeks ago, Gov. Matt Bevin, along with the House, Senate, the secretary of Justice and Public Safety Cabinet and the chief justice of the Kentucky Supreme Court, had become alarmed enough about the increasingly worrisome trendlines that they resolved to tackle the issue. They impaneled the Justice Reinvestment Work Group in spring of 2017 to study the numbers and recommend data-driven solutions. 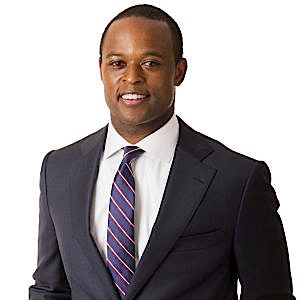 After a five-month deep dive, this broad range of stakeholders, consisting of judges, county attorneys, commonwealth’s attorneys, victims’ advocates, defense attorneys, law enforcement personnel, jailers, the Kentucky Chamber of Commerce, the Office of the Lieutenant Governor and the Cabinet of Justice and Public Safety, among others, found the largest driver of the prison growth was substantial increases in admissions for low-level, nonviolent offenses.

The group discovered that between 2012 and 2016, the number of people incarcerated for drug possession doubled and admissions for the lowest felony class increased 38 percent. In fact, 9 of the top 10 crimes for which people were sentenced to prison in 2016 were for nonviolent offenses.

While our jails and prisons increasingly are filled with individuals convicted of nonviolent, non-sex offenses, policymakers in conservative states — including Mississippi, Georgia, South Carolina, Texas (started reforming way back in 2007), South Dakota, Alaska and Utah — are advancing research-based reforms to safely curb growth and, most importantly, improve public safety.

These states sharpened their sentencing and supervision policies to focus prison beds on the most serious and violent offenders and then reinvested the savings into more cost-effective strategies to reduce recidivism. And it worked.

As of 2016, 35 states have reduced both their crime and incarceration rates.

These states now offer more substance abuse programs for addicts — a must in the midst of this opioid crisis — and mental health treatment.

They improved their criminal codes, better-trained personnel in the legal rights of victims, strengthened community supervision, and some took the step of modifying their pretrial detention policies so accused offenders that were a potential threat to society weren’t released simply because they had the cash to get out, while many poor defendants of little threat languished because they simply didn’t have the means.

The recently proposed House Bill 396 is our road map to a criminal justice system that protects the public while using prison resources more effectively. Kentucky’s jails and prisons are bursting at the seams, but there’s still a window to refocus our prison and jails on serious and violent offenders.

It is my hope lawmakers seriously consider enacting these proven reforms.

Daniel Cameron is spokesman for the Kentucky Smart on Crime Coalition and an attorney at Frost Brown Todd in Louisville. He was as a member of the Justice Reinvestment Work Group and former legal counsel for U.S. Sen. Mitch McConnell. He can be reached at Dcameron@fbtlaw.com.