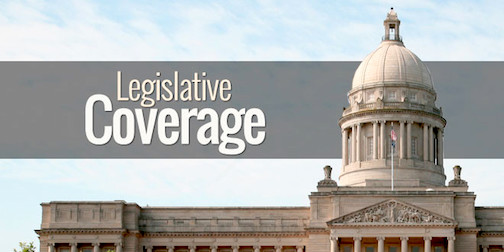 The Kentucky General Assembly’s 2018 session passed a couple big milestones this week as the deadline to introduce new bills arrived in the House on Tuesday and in the Senate on Thursday.

Capitol observers now have a complete view of the subjects that will be considered this year on major issues like education, taxes, and health care as well as on lesser-known matters like shark fins, nail salons, and elk.

The big issue of the week, though, was the passage of a state budget plan and a revenue-generating measure in the state House of Representatives.

The budget bill, House Bill 200, restores many of the programs that were cut in the governor’s original budget proposal while also providing more funding for education and public safety. The plan would protect school transportation funding and boost per-pupil school funding to the highest level ever. It also provides funds to help the state police modernize an aging fleet with 260 new cruisers and 800 new rifles.

Still, spending cuts for many parts of state government remain in the spending plan. Many state agencies would see 6.25 percent cuts, the same amount as proposed in the governor’s original spending plan.

The revenue bill, House Bill 366, passed the House the same day on a 68-25 vote. Under this measure, taxes on packs of cigarettes would go up 50 cents and prescription opioids would be taxed at 25 cents per dose at the distribution level, which means the increase is intended to be paid for by manufacturers and not passed on to consumers.

Many other bills also took steps forward in the General Assembly this week, including measures on:

Truck Platooning. Senate Bill 116 would allow truck platooning. The term refers to two or more individual commercial vehicles traveling together in sync with electronically coordinated speeds through wireless communication. With safety and fuel-efficiency benefits for drivers, SB 116 passed the Senate unanimously and now goes to the House for consideration.

Adoption and Foster Care. House Bill 1 would allow the state to petition for involuntary termination of parental rights of a mother who won’t seek drug treatment within 60 days after giving birth to a drug-addicted baby. The measure would also expand the definition of a “blood relative” for child placement and ensure that dependent, neglected or abused children placed in foster care are reunified with family or placed in a new permanent home in a timely manner. HB 1 passed the House by a vote of 94-1 this week and now goes to the Senate.

Breweries. House Bill 136 would increase the cap on packaged beer to individual customers for Kentucky’s craft brewers. It would also allow craft brewers to start sending their wholesale tax payments directly to Kentucky Department of Revenue. The bill received final passage this week and is headed to the governor’s desk.

Peer-Reviews. House Bill 4 would exempt doctors’ reviews of other doctors in medical-malpractice lawsuits from discovery, a pre-trial procedure in a lawsuit to obtain evidence. Peer review is used to determine whether accepted standards of care have been met and be a source of information for physicians. In hopes to prevent physician errors, HB 4 received final passage by a vote of 25-13 and has been sent to the governor’s desk.

Volunteer Jurors. Senate Bill 87 would allow Kentucky’s 54 judicial districts to accept volunteers for jury duty. These volunteer jurors would still be subject to jury selection and voire dire like any other person called for jury duty. After passing a Senate committee this week, SB 87 now goes to the Senate floor for further consideration.

Legislators are eager to receive feedback on the issues confronting our state. To share your thoughts and ideas with state lawmakers, please call the General Assembly’s toll-free message line at (800) 372-7181.

PAWNBROKER BILL GIVEN FINAL PASSAGE IN HOUSE, GOES TO GOVERNOR 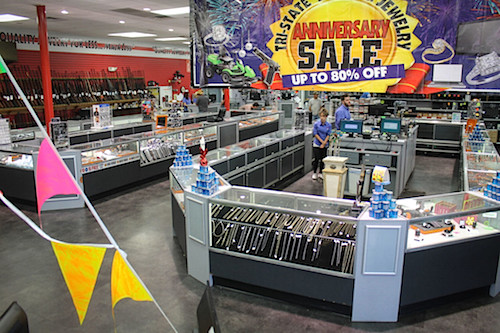 FRANKFORT—Thieves who try to pawn or sell items they have stolen would face more scrutiny at Kentucky pawn shops under a bill now on its way to the governor’s desk.

Pawnbrokers in Kentucky already keep a register of their transactions, as required by law. House Bill 74, sponsored by Rep. Kim King, R-Harrodsburg, would upgrade the process by requiring the register be made available online to law enforcement and include not only dates but also the amounts of pawned items, along with a government-issued picture ID number of the person pawning or selling items.

“This is a wonderful tool for our law enforcement officers to have to help return stolen articles to their rightful owners,” King told the House Licensing, Occupations and Administrative Regulations Committee when it heard the bill in January.

A “full description” of all property that is purchased or received as collateral or security would have to be included in the register, with the make, model, color, size, manufacturer and any distinguishing marks of the property required as part of the description.

HB 74 would also require that secondhand merchandise bought by pawnbrokers be held at least 12 days before it is resold, and that law enforcement give a pawnbroker a case report or other documentation that an item is reported as stolen before property is released to law enforcement by a pawnbroker.

HB 74, which received final passage by a 75-2 House vote today, had passed the Senate unanimously in February.

Similar legislation passed the House last year but did not become law. That legislation was also sponsored by King. 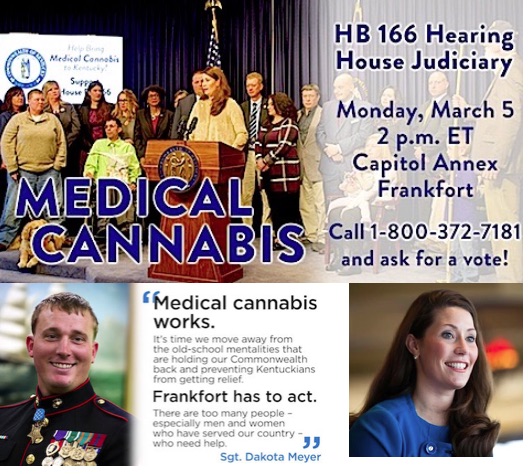 “…Medical cannabis works. I’ve seen firsthand lives it has positively impacted. I’ve seen how quality of life is vastly improved when a veteran struggling with PTSD can use medical cannabis to quiet their mind and sleep. It’s time we move away from the old-school mentalities that are holding our Commonwealth back and preventing Kentuckians from getting relief. I see legalization of medical cannabis as a huge step in fighting the opioid crisis. Frankfort has to act. There are too many people – especially men and women who have served our country – who need help. I’m counting on legislators and the Governor to make medical cannabis legal in 2018.”

The House Judiciary Committee is scheduled to hold a hearing on House Bill 166 on Monday, March 5, at 2 p.m. ET. The legislation is the product of a task force Grimes assembled on the issue.

FRANKFORT – The Senate passed a measure yesterday to preserve the status quo in determining how many package liquor licenses are issued in individual cities and counties by a 32-4 vote. 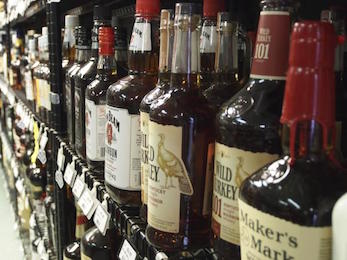 The measure, known as Senate Bill 110, would do that by codifying in law rules that limit the number of licenses available for retail package liquor stores. Currently, the number of licenses is limited based on the population of a given community. That number is generally capped at one license per 2,300 people for package stores.

He said voters who backed recent ballot measures allowing liquor sales in their communities did so knowing how many liquor stores would be permitted under the quota system. Those voters never anticipated that the state would later lift the caps on the number of alcohol licenses issued in any one city or county, Higdon said.

Out of Kentucky’s 120 counties, 89 are wet or have wet cities. Higdon said five of those counties and 28 cities have reached their quotas for retail package liquor stores.

An amendment filed by Sen. Wil Schroder, R-Wilder, would ensure quotas for retail drink licenses would not be codified into statute.

He said the Northern Kentucky counties of Campbell and Kenton need more retail drink licenses – partly because of their proximity to Cincinnati. Schroder said a waiting list for these specific types of licenses is impeding economic development in Northern Kentucky.

TRUMP EPA PROPOSES ROLL BACK OF POLLUTION CONTROLS FOR COAL, OIL AND GAS