“It is disgusting that lobbying organizations would embrace kids marrying adults” 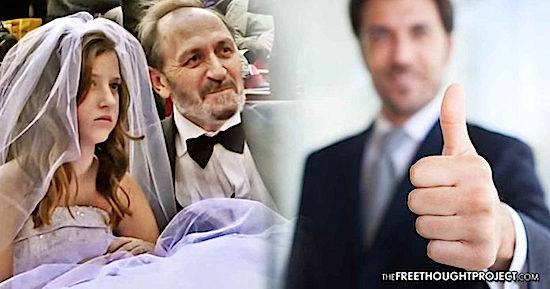 FRANKFORT, Ky. — A bill to make 18 the legal age for marriage in Kentucky has stalled in a Senate committee amid concerns about the rights of parents to allow children to wed at a younger age, according to several lawmakers.

Known as the “child bride” bill, Senate Bill 48 was pulled off the agenda just hours before a scheduled vote by the Senate Judiciary Committee for the second time in two weeks.

“SO disappointed! My SB 48 (outlaw child marriage) won’t be called for a vote,” sponsor Julie Raque Adams, a Louisville Republican, said in a Tweet early Thursday. “It is disgusting that lobbying organizations would embrace kids marrying adults. We see evidence of parents who are addicted, abusive, neglectful pushing their children into predatory arms. Appalling.”

Eileen Recktenwald, the executive director of the Kentucky Association of Sexual Assault Programs, was more outspoken.

“This is legalized rape of children,” she said. “We cannot allow that to continue in Kentucky, and I cannot believe we are even debating this is the year 2018 in the United States.”

Previously: Child marriage is still legal in Kentucky. A former bride wants to put an end to it.

The bill’s supporters have said underage marriages most often involve a teenage girl marrying an older man and may have involved sexual exploitation of the girl.

Adams, in an interview, declined to say who was lobbying against the bill other than to say it involved people concerned about parents’ rights. But she said she hopes the bill can be revised to meet concerns of opponents and still have an impact on underage marriage in Kentucky.

Donna Pollard, a Louisville woman who said she was married at 16 to an older man who began sexually abusing her when she was 14, has advocated for the bill. She told Courier Journal that opponents include the Kentucky Family Foundation, a Lexington-based conservative group that lobbies lawmakers on social issues. Family Foundation Executive Director Kent Ostrander did not respond to requests for comment.

Courier Journal reported that the bill met with favorable comments from members of the Senate at an initial hearing Feb. 15. Lawmakers did not vote that day, but Chairman Whitney Westerfield, a Hopkinsville Republican, said he thought it likely the bill could pass at a future meeting.

Pollard testified in support of the bill along with a representative of the Arlington, Virginia-based Tahirih Justice Center, a women’s advocacy organization seeking to end child marriages in the United States.

Pollard said the man she now calls her “perpetrator” became violent and abusive after they married in 2000, a wedding she said was encouraged by her mother, who married at 13.

Research shows Kentucky has the third-highest rate of child marriages in the nation, according to the women’s justice center. 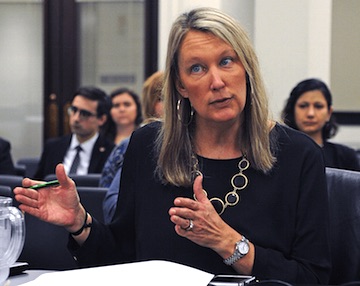 Texas is first and Florida is second in child marriages, said Jeanne L. Smoot, a lawyer with the center. However, Texas has since changed its law to limit marriages to adults and Florida is considering a similar change, she said.

Currently, teens under 18 in Kentucky can marry at age 16 or 17 with a parent’s permission. Teens under 16 can marry with a judge’s permission in case of a pregnancy, though critics say if a girl under 16 is pregnant, it is evidence of a sex crime because she would have been too young to consent to a sexual relationship.

The bill would establish 18 as the legal age for marriage. Those who are 17 could marry with permission of a district judge, if the age difference between the 17-year-old and the other party is fewer than four years.

But in cases of a minor marrying an adult, the judge would have to review material including any child abuse records involving the teen and check for any sex-offender records of the adult. The judge also would have to consider factors including the maturity and independence of the teen, determine that the teen has completed high school or obtained a GED and review any domestic violence records of either party.

The judge is to deny the request in cases including if the adult is in a position of authority over the minor, has a conviction for child abuse or a sexual offense, or if there is a pregnancy or child in common that established that the intended spouse was the perpetrator of a sex crime against a girl too young to consent.

The provision involving a judge appears to have bothered some lawmakers, including Sen. John Schickel, a Boone County Republican.

“I had some problems with the bill,” he said Thursday. “Decisions involving a minor child should be made by a parent, not the court.”

But Sen. Wil Schroder, a Wilder Republican and a co-sponsor of SB 48, said he thinks the bill is fine as it is.

“I know there are some concerns, but it’s 2018 and it’s definitely a problem,” he said.

Schroder said he doesn’t object to judges deciding in cases of underage marriages.