TEACHER WALKOUT IN W.VA. SPREADS TO ALL 55 COUNTIES

No school for students in West Virginia Thursday and Friday statewide. A teacher work stoppage has taken place in order to express their concerns about healthcare and pay issues along with other cuts. 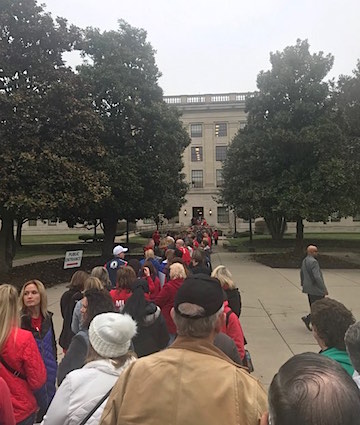 The teachers and other school workers began to gather at the capital in Charleston, West Virginia Thursday morning.

This is the first widespread teacher strike since 1990 when the state attorney general’s office wrote in an official opinion that teacher strikes and concerted work stoppages are illegal, siding prior court rulings, teacher contract language and students state constitutional right to a thorough and efficient education.

Theoh Pinyan said teachers could be punished by being denied pay, suspended, fired, barred from teaching in a public school for a year, hit with criminal misdemeanors, or even find or jailed for refusing to comply with any potential court injunctions forcing them to return to work. 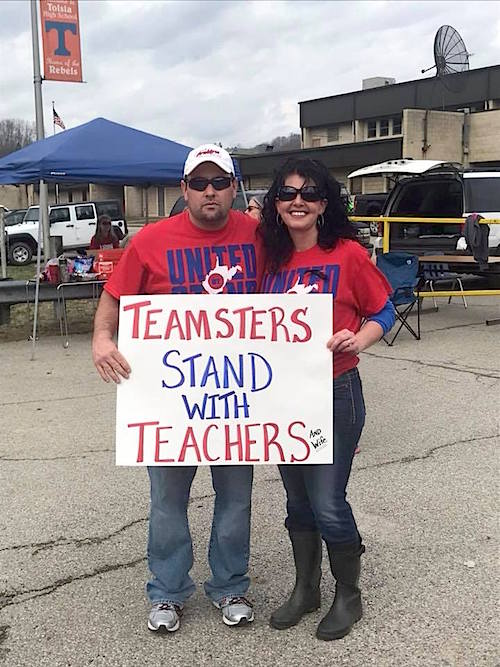 “We are fighting for more pay for teachers and service personal that’s including police officers etc.,” said Brandy Rose, head School cook in Clendenin West Virginia. “Teachers are wanting a start of like 5% since our PEIA insurance is going up and we won’t be able to afford it with our wages.”

“The pay % won’t pay for the premium increase in PEIA.  I’m a service personal school cook and I have been with Kanawha county schools for 8 years and only make $22,000. a year.”

The state board of education held an emergency meeting at 9 AM on Wednesday, February 21 to discuss the work stoppage. 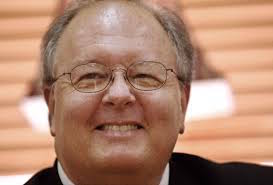 “Work stoppages by public employees are not lawful in West Virginia and will have a negative impact on student instruction and classroom time according to the state schools,” Supt. Steve Paine said in a news release Tuesday afternoon.

The students, however say it’s important to let teachers know they care about them and support them. Dozens of students in West Virginia wore purple on Wednesday to show their support.

The students say they chose that color because when you mix red and blue the colors of both state teachers unions, you get purple. 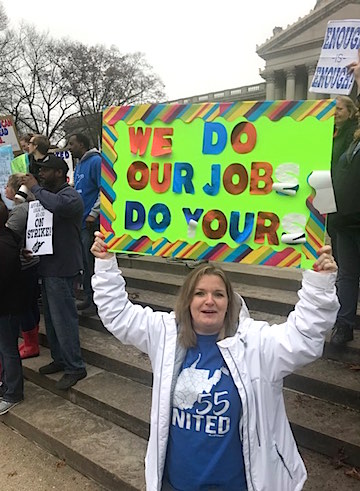 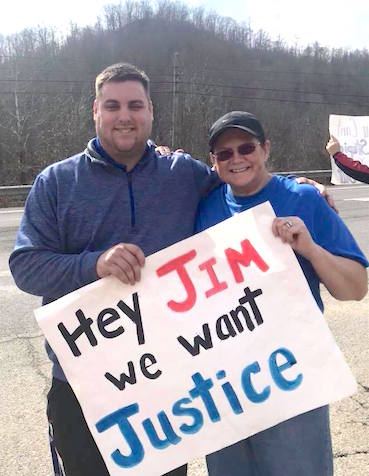 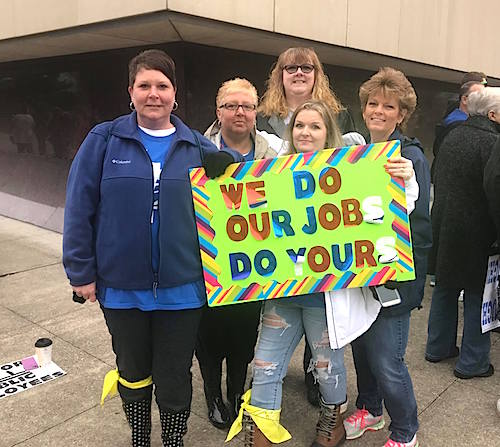