Republican lawmakers said legislation aimed at overhauling Kentucky’s pension system for government employees and retirees could save taxpayers $4.8 billion over the next 30 years while also eliminating an unfunded liability of more than $40 billion.

While they tried to build public sentiment for the measure that was filed late Tuesday, government workers and retirees came out strongly against it, saying lawmakers should have found ways to generate more revenue, rather than relying on structural changes to restore financial solvency to the plan. 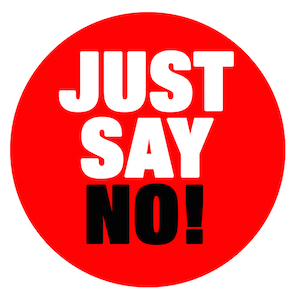 State Sen. Joe Bowen, the chairman of the Senate State and Local Government Committee where the bill will have its first hearing in about a week, said one important component of the process has been sharing the risk.

“The taxpayers had assumed all of the risk in these plans and we addressed that,” said the Owensboro Republican. “Now the risk is being spread out, and that’s a major concern for a lot of folks out there. Not necessarily the folks in the system, but the people that are ultimately responsible for funding the system, the taxpayers.”

Bowen, Senate President Robert Stivers and House Speaker Pro Tem David Osborne met with reporters in the Capitol Annex on Wednesday morning to provide details about the measure that was introduced Tuesday night.

They did not release a written copy of the actuarial analysis showing where the savings would come.    Stivers cautioned the actual amount of the unfunded liability is a moving target.

Before filing the overhaul legislation, Republican lawmakers removed a provision that would have moved new hires into a mandatory 401 (k)-style system.

“There were some people who felt very strongly from an ideological standpoint that we needed to transition to a defined contribution plan,” Osborne said. “But when the data came back, it didn’t support financially our ability to do that.    ”When we’re making difficult budget decisions right now, it’s very difficult to stand on ideology, when we’re making significant cuts to programs across the spectrum of the budget.”

Under the overhaul, teachers with less than 20 years on the job would have to work until age 60 with at least 35 years of service to avoid a reduced pension.    Future teachers would enroll in a cash-balance plan that reflected investment returns in their individual accounts, rather than a traditional defined-benefit pension.   State employees would no longer be permitted to use accumulated sick days to earn time toward their 27 years of service retirement.

“If they had a year and a half of sick day credits, they could stop working at 25-and-a-half years and get credit for 27,” Stivers said.

“You’ll now have to get to 27 years before you use them.”

According to Stivers, a big component in eliminating the unfunded liability is putting more money in the system.

“The only thing we were doing was making part of the interest payment and re-amortizing it into the principle,” he said. “We’re going to start the liabilities down by additional contributions from the General Fund.”

The Kentucky Public Pension Coalition said in a press release the bill was unacceptable.

“After a brief review, we are very concerned about many aspects of the bill that harm dedicated public servants, including unfairly reducing the benefits they have earned. We look forward to a more in-depth review of the bill in coming days.”

Bowen said the bill, which was introduced Tuesday, was the culmination of six months of hard work.

“I, for one, don’t think anyone can really find any fault with what we’ve done,” he said.

SHELBY COUNTY TO REQUIRE CONSTABLES TO HAVE $1 MILLION BOND