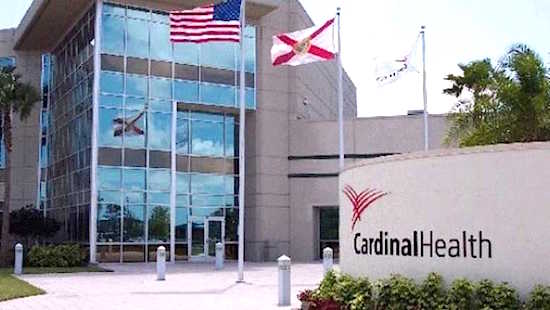 In his third opioid lawsuit to date, Beshear is suing Ohio-based Cardinal Health over unfair, misleading and deceptive business practices for excessively distributing opioids, particularly in rural counties in Eastern Kentucky, and for failing to report the suspiciously large volume of these drugs to state and federal authorities. 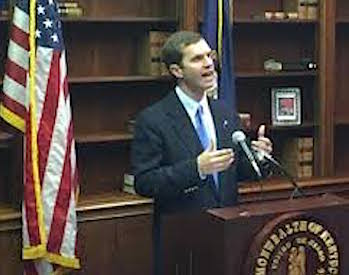 “I’m committed to hauling each of these opioid companies into a Kentucky court to answer for their actions that have devastated our families, communities and state,” Beshear said. “The authority to hold these companies accountable for both their damages to our state and our people lies with the Attorney General, and I plan to use this authority to seek justice for Kentucky families.”

Along with AmerisourceBergen, McKesson and Cardinal Health distribute 85 percent of the nation’s drugs.

According to Cardinal Health’s second-quarter results for fiscal year 2018, revenue for its pharmaceutical segment increased 5 percent to $31.1 billion just for the quarter due to sales growth from pharmaceutical and specialty distribution customers.

Beshear’s lawsuit, filed in Jefferson Circuit Court, alleges Cardinal Health reaped “a windfall off of the wave of addiction” in Kentucky by choosing profits over people while abrogating its duty to report suspiciously large orders of controlled substances, including opioids, to state and federal law enforcement as required by federal and state laws.

Cardinal Health has admitted failing to meet its reporting duties in the past. For example, in 2016, the company reached a nationwide $44 million settlement for “failure to detect and report suspicious orders of controlled substances.”

In 2017, Cardinal Health profited from a 20.7 percent market share, the third highest in the industry.

From Feb. 1, 2016 to Jan. 31, 2017, Kentucky pharmacies filled 307.2 million doses of opioids, which breaks down to 69 doses for every man, woman and child in Kentucky. Pursuant to its market share, Cardinal Health distributed 63.6 million of those doses of prescription opioids.

From Jan. 1, 2010 through Dec. 31, 2016, Cardinal Health distributed 1,186,418 doses of prescription opioids in Jefferson County alone. Based on Jefferson County’s average population of 755,305, it amounts to 1.5 opioid doses for every man, woman and child living in the county.

Beshear said Cardinal Health carelessly flooded other Kentucky counties with high volumes of prescription opioids during this period as well.

*  In Floyd County, based upon its market share Cardinal Health distributed approximately 11,669,757 doses of prescription opioids. Based on Floyd County’s average population of 38,638, it amounts to 302 doses for every citizen.

*  In Clay County, based upon its market share Cardinal Health distributed approximately 5,263,988 doses of prescription opioids. Based on Clay County’s average population of 21,407, it amounts to 245 doses for every citizen.

*  In Bell County, based upon its market share Cardinal Health distributed approximately 6,228,977 doses of prescription opioids. Based on Bell County’s average population of 27,961, it amounts to 222 doses for every citizen.

From 2012 through 2016, more than 1,250 Kentuckians died from opioid overdoses in these four Kentucky counties. Statewide, for this timeframe, Kentucky experienced more than 5,800 fatal overdoses.

Beshear’s lawsuit against Cardinal Health is just one of hundreds filed across the nation. According to a recent report by the company, as of Feb. 2, 2018, the company has been named in 343 lawsuits.

Beshear is working with AG Morrisey and Ohio AG Mike DeWine to find solutions to the drug crisis in their region of the country.

In December 2017, all federal lawsuits against Cardinal Health, 298 as of Feb. 2, 2018, were ordered transferred for consolidating pre-trail proceedings in a multistate litigation proceedings by U.S. District Judge Dan Polster for the Northern District of Ohio.

Beshear said the federal judge wanted to hear how pharmaceutical companies and distributors, many who were in the courtroom Jan. 31, have harmed Kentucky families and communities.

“Kentucky has lost so much,” Beshear said. “But a better future is possible. The companies that made billions have a duty to help us create a future. They have a duty to fully fund treatment, prevention, recovery and enforcement efforts.”