FRANKFORT, Ky. – One premise behind a bill pending in the Kentucky House that would roll back long-established unemployment benefits is that limiting benefits will motivate laid-off workers to try harder to find a job. 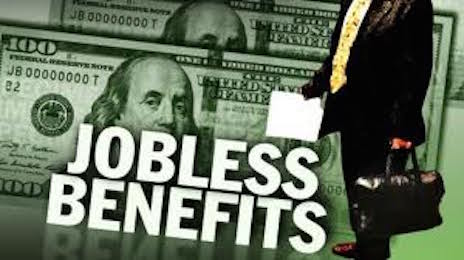 Instead of getting unemployment checks for the current maximum of 26 weeks, they would only be able to get them for a number of weeks tied to the state unemployment rate. Right now, that means they’d get 14 weeks.

“We’ve got a segment of folks that use their unemployment instead of getting out there and looking for employment,” said Rep. Jim DeCesare, a Rockfield Republican and sponsor of the bill. He said Kentucky ranks second among states in the length of time its people remain on unemployment benefits.

But opponents say the bill’s benefit cuts would be a cruel and misguided blow to people who lose their jobs through no fault of their own — particularly in regions of the state with chronic high unemployment rates.

“Unemployment insurance is a lifeline for Kentuckians who face job loss,” according to a report by the Berea-based Kentucky Center for Economic Policy last week. The bill, that report says, “would worsen the harm to individuals and communities that fall on hard times.”

The average length of time a Kentuckian spends on benefits is about 19 weeks, meaning that if the bill was the law today the average Kentuckian would lose about five weeks of benefits, said Dustin Pugel, the Kentucky Center for Economic Policy analyst who wrote last week’s report.

He disputes any suggestion that unemployment benefits are an incentive “to sit around and do nothing. … Those benefits are enough to hobble along and try to pay the bills, but not enough to live on.”

DeCesare, who said he worked closely with the Bevin administration’s Education and Workforce Development Cabinet in drafting the bill, said the main reasons for House Bill 252 are to make Kentucky more competitive with its surrounding states in attracting businesses and to boost Kentucky’s low workforce participation rate.

The bill would benefit the bottom lines of Kentucky businesses because benefits are funded with a tax employers pay on the wages of their workers.

The bill’s major provision calls for using a scale tied to the unemployment rate to significantly reduce the number of weeks a laid-off worker can draw benefits.

You may like: After Trump’s election and #MeToo, nearly 100 women are running for Kentucky statehouse

Under the bill, the number of weeks for benefits would increase in steps as the unemployment rate grows higher to a maximum of 26 weeks of benefits if unemployment is above 9.4 percent.

“The lower the unemployment rate means there are more jobs available,” DeCesare said.

The unemployment rate does not include potential workers who, because of weak job opportunities or other reasons, are neither employed nor actively seeking a job.

The average weekly benefit paid in Kentucky last year was $322.48, and the maximum was $448. Pugel said that was enough to replace only about 38 percent of a worker’s previous wage.

And because the bill uses the statewide unemployment rate as a gauge, Pugel said it’s particularly harsh toward workers in regions of the state “with very high unemployment, where industries have dried up and not been replaced.”

The bill limits benefits in two other ways. It raises the minimum salary that a worker must have earned in his or her prior job from an annualized $3,000 to $8,000. And it would cap the maximum weekly benefit at its current amount until that amount is exceeded by the average maximum benefit paid by Kentucky’s seven bordering states.

DeCesare said current law that sets the minimum qualifying salary to draw benefits was passed in the 1980s and the bill just raises that amount in line with increases in the Consumer Price Index. “It just puts it in line with what today’s market is,” DeCesare said. “This is all because we’re trying to get our unemployment insurance benefits in line with the economy and to make sure the participation rate increases.”

Pugel said raising the prior income amount to qualify for benefits “would magnify the harmful way Kentucky already sets monetary eligibility, which discriminates against people who have had income fluctuations in the past year — often due to part-time work or changing jobs.”

The Education and Workforce Development Cabinet did not return a phone message seeking comment on the bill.

Rep. Jim Wayne, D-Louisville, said, “I’m still studying the bill but so far I have real problems with it. … The obvious concern is that you don’t want to make this program more oppressive to the workers and their families.”

The bill is before the House Economic Development and Workforce Investment Committee, which could consider the bill as soon as next week. DeCesare said he believes it will pass.

But Pugel said the bill will have no impact on making Kentucky more competitive and should be rejected. “This bill is a solution in search of a problem, and in the meantime people get hurt.”